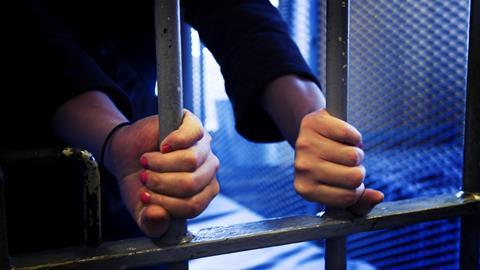 MoJ criticised for not prioritising work to support female offenders

The Ministry of Justice has been criticised by the head of the public spending watchdog for not prioritising work to improve outcomes for women in the criminal justice system.

The Female Offender Strategy, published by the Ministry of Justice in 2018, aimed to reduce the number of women entering the criminal justice system by intervening with community support, have fewer women in custody and create better conditions for women in custody.

However, in a report published today, the National Audit Office criticises the ministry’s handling of the strategy.

The NAO said the ministry decided not to set any programme goals or targets, which limited its ability to assess required cost of value for money. The department did not establish robust governance and performance measures to assess progress and hold itself to account. Despite its focus on the community, the ministry made limited progress on securing and expanding community options specifically for women. It also undertook limited evaluation of the impact of its activities, which put it in a poor position to make the value-for-money case for future investment.

The NAO’s recommendations including setting specific goals for the three main objectives, fully assessing the required funding to meet its aims and setting up clear accountability structures.

Gareth Davies, head of the National Audit Office, said: ‘The Ministry of Justice has not made the Female Offender Strategy a priority. The strategy is intended to improve outcomes for women, but a lack of clear goals makes it hard to evaluate progress. Even in the areas where it focused attention, such as developing community options for women, delivery has been disappointing. The Ministry of Justice must clarify its aspirations and priorities for women, and match these to clear actions and funding, to improve how the criminal justice system treats women.’

Meg Hillier MP, chair of the Committee of Public Accounts, said women in the justice system are some of the most vulnerable in society and criticised the government’s ‘half-hearted and disjointed’ approach to improving outcomes for them. ‘If government is serious about improving outcomes for women, it can’t rely on good intentions alone – words must be backed up with action,’ she added.

A Ministry of Justice spokesperson said: 'We launched the female offenders strategy in 2018 with the aim of steering women away from crime and since then the number of women entering the criminal justice system has fallen by 30%. We are investing tens of millions of pounds over the next three years into community services like women’s centres, drug rehabilitation and accommodation support so that fewer women end up in prison.'