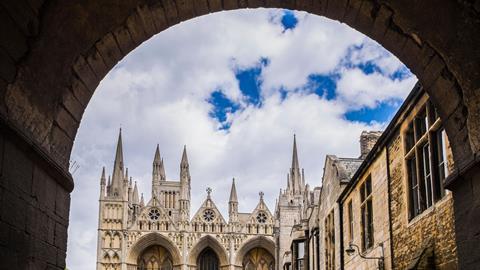 MoJ reveals sites for the first wave of Nightingale courts

The Ministry of Justice has unveiled the full list of 10 so-called ‘Nightingale Courts’ which will be opened to ease the pressure on the justice system.

The temporary courts will begin hearing cases from next week and cover most areas of England and Wales. Middlesbrough Town Hall, the Knights’ Chamber in the grounds of Peterborough Cathedral, and the Ministry of Justice’s own headquarters in London are among the venues that will soon be in use.

They will hear civil, family and tribunals work as well as non-custodial crime cases. The move is designed to free up room in existing courts to hear other cases, including custodial jury trials, which require cells and secure dock facilities to keep the public, victims and witnesses safe.

The Ministry of Justice announcement refers specifically to 'Nightingale' courts, suggesting that the lord chancellor has dropped his ambition to name them after the 18th century jurist Sir William Blackstone.

In March, almost half of all courts were closed and jury trials paused to minimise social interaction between court users at the height of the coronavirus pandemic.

Most courts are now open to the public again and 54 Crown courts will be hearing jury trials as of next week, but more capacity is needed to cope with the backlog that has built up since March. The MoJ is continuing to explore other venues for hearings, while not ruling out other changes to tackle the backlog – the changes being discussed include reducing juror numbers or even removing juries for certain cases.

Lord Chancellor Robert Buckland QC MP said: ‘Our action to keep the justice system running throughout the pandemic has been globally recognised, with these Nightingale Courts being the latest step in this effort.

‘They will help boost capacity across our courts and tribunals - reducing delays and delivering speedier justice for victims.

‘But we won’t stop there. Together with the judiciary, courts staff and legal sector, I am determined that we must pursue every available option to ensure our courts recover as quickly as possible.’