Barrister cites the case of a modern slavery victim who was deprived of damages because of a court blunder.

Experts from across the legal sector have denounced reforms of the court system, in the first evidence session of the Commons justice committee’s inquiry into court and tribunal reforms.

Staff cuts, court closures and the push for digitalisation are crippling access to justice in many areas, the committee was repeatedly warned. The committee is currently holding an inquiry into the £1bn project to upgrade the court system in England and Wales.

Tessa Buchanan, a barrister at Garden Court Chambers and vice-chair of the Housing Law Practitioners Association, referred to one case in which administrative failures caused by staff cuts led to a victim of modern slavery receiving no damages from her abuser. 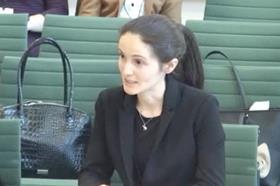 The victim was originally awarded over £250,000 in an employment tribunal. However, the interim charging order, designed to stop the defendant disposing of his assets to avoid paying out, was not dealt with quickly enough by the court. The woman received nothing.

Travel difficulties caused by court closures are also preventing people from attending hearings, the MPs heard. Harriet Bosnyak, a solicitor for the housing charity Shelter, said: ‘We’re generally looking at people in crisis and they now have to go to a city they don’t know very well. It makes an incredibly stressful situation even harder. I think that’s why we’re seeing high levels of non-attendees.’

Buchanan gave the example of a client who almost missed their hearing after getting lost on the 20-mile journey to court.

Gerwyn Wise, a barrister at Garden Court Chambers and assistant secretary of the Criminal Bar Association, said: ‘The problem is that the focus of these reforms seems to be efficiency – cost-saving, essentially – at the expense of maintaining easy access to justice.’

Richard Miller, head of justice at the Law Society, commented: ‘People aren’t quite clear where the transformative reforms are heading and we don’t think they have yet been properly tested out and evaluated.’

The Ministry of Justice has recently published new criteria for any future court closures, which include stipulating that parties should leave home no earlier than 7.30am and return no later than 7.30pm in order to attend hearings. Where previously the government referred to court users requiring an hour to travel to hearings, the committee heard this new criterion has effectively doubled the time allocated for travel.

The department is in the middle of a £1bn modernisation programme which is intended to upgrade procedures and systems for courts business. The project is due to finish in 2023.