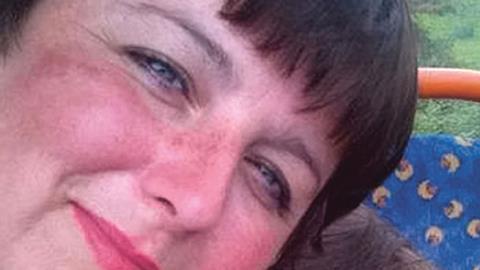 News focus: a vulnerable child failed by the system

A solicitor has been found culpable over a vulnerable child’s murder. But the police, protection agencies and a sclerotic justice system were also at fault, reports Paul Rogerson.

When a child known to be at risk suffers preventable harm, social workers are the professionals most commonly in the media’s sights. In the tragic case of Mary Shipstone, however, it is the turn of an unnamed solicitor.

In 2014, the seven-year-old was shot dead by her estranged father on the doorstep of a safe house in East Sussex, after the mother’s solicitor was said to have accidentally given him her address. The father then shot himself.

The implication is clear, but not necessarily correct. The serious case review on which the reports were based concludes that how the father discovered the address cannot now be known and that no professional working with the family could have prevented Mary’s death. But its recommendations on family justice and safeguarding the vulnerable in an era when, as technologist activists say, ‘information wants to be free’ are worrying.

Due to concerns about domestic abuse and violence, the family had been known to agencies in Sussex with safeguarding responsibilities for six years before Mary died. Private law proceedings relating to residence and contact began in 2009 and were still active at the time of the murder.

In 2014, Mary’s mother Lyndsey told police her solicitor had inadvertently sent her address to the father, Yasser Alromisse, in legal papers.

Lyndsey was concerned that he would seek to remove Mary and that previously he had stated in court that he had been stalking the pair.

The police recorded the information but passed it to the wrong neighbourhood policing team – so nothing was done. Even so, says the report, it is not certain the father actually received or noticed the information (he had moved house).

If any blame were to be apportioned, it would have to be shared more widely still. The review, published in March but not publicised until last week, also revealed there was ‘evidence or strong suspicion’ that details of the mother’s previous addresses or identity were given to the father inadvertently or in error by a bank and the Child Support Agency – as well as the mother’s solicitor.

Though there is ‘no evidence’ these actions led Alromisse to know where the family was living, ‘they might have’, the report adds.

One key lesson of the report follows: ‘Given the existence of social media and very powerful search engines it is increasingly difficult for families fleeing violence to rely on their whereabouts remaining secret. It cannot therefore provide the sole basis for safety planning.’

A spokesman for the East Sussex Local Safeguarding Children Board told the BBC: ‘The father planned and carried out the killing in a secretive way, using the internet and a range of covert methods to trace the family and obtain the means to carry out the murder.

‘There is no evidence that any professional involved with the family prior to these tragic events was aware of this activity.’

So no one can say for sure how Alromisse found his wife and daughter. But the ways in which he might have done are now so various that hitherto safe assumptions about protecting the vulnerable from abusers must be rethought.

The review makes a number of suggestions: each agency needs to have reliable ways of protecting the personal details of vulnerable individuals from disclosure (such as prominent markers on front screens and methods of shielding records). But policy, procedures and training ‘need to emphasise that safety planning can never rely entirely on arrangements to shield an individual’s address or identity’.

Victims of domestic abuse and violence, the report adds, also need to consider how this might influence the way in which they use social media.

The administration of justice did not fall within the case review’s remit, but the report has some pointed observations to make here too. Perhaps the most poignant is this: ‘The mother told the review that she constantly felt financially insecure because of uncertainty about the availability of legal aid.’ The report recommends, reasonably if somewhat lamely, that domestic abuse victims need to be made more aware of the eligibility and evidence criteria.

Protracted proceedings, inconsistent representation and information management are also highlighted as dysfunctional. Repeated attempts of the family court and local council on its behalf to promote contact in various forms between the father and Mary came to nothing – meaning that decision-making stalled. Mary spent half of her short life not knowing whether she would see him, or even where she would live.

In such lengthy proceedings, there is a danger that information revealed early may be lost later or parties may choose not to remind the court of it, the report adds. This was heightened because ‘neither of the parties was consistently represented’ throughout. The father represented himself numerous times and the mother had two different representatives.

The designated family judge for Sussex (HHJ Jakens) and the Sussex Family Justice Board have been sent a copy of the case review ‘for their consideration’.

That might usefully include ‘consideration of whether the courts have access to sufficient numbers of expert witnesses who are knowledgeable about domestic abuse and violence’, the report suggests.

Commenting, Nigel Shepherd, chair of family lawyers group Resolution, told the Gazette: ‘This is a very tragic and serious case, and I’m sure all professionals and agencies will take note of this review and the recommendations therein.

‘It is worth noting that one of the recommendations is that professionals in the local area do more work to highlight the availability of legal aid to victims of domestic abuse. This is one of the fundamental problems with the cuts to legal aid and the introduction of the domestic abuse gateway – there is a lack of clarity and difficulties in proving eligibility for legal aid.

‘Family lawyers and other professionals will often signpost people towards legal aid where it is available, but this can often be confusing and challenging for people to navigate without assistance.’

The serious case review overview report can be read at tinyurl.com/zg6tfwn.