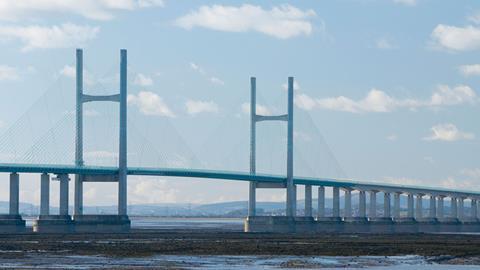 Should the adoption of a reserved powers model of devolution in Wales be accompanied by the establishment of a separate jurisdiction? Many lawyers still think so.

In its October report on the troubled Wales Bill, the Lords select committee on the constitution urged the fused jurisdiction of England and Wales to recognise the ‘reality of a growing body of distinct Welsh law’.

Prudent advice. A replacement for stamp duty land tax, introduced by the Welsh government in September, was hailed as the first Welsh tax in 800 years – and that is just one headline example of divergence.

The emergence of a Wales-only body of law is enough of a challenge for solicitors, if only because (but not only because) lawyers who work cross-border must assimilate more information. But it must be distinguished from the radical concept of an entirely discrete jurisdiction.

Welsh nationalists have been plugging away at the latter for years. In July, a Plaid Cymru amendment to the bill proposing a wholly separate legal jurisdiction was heavily defeated in a Commons vote. But a Policy Forum for Wales event in Cardiff last week on the future of the nation’s justice system suggested the idea is not going away.

One of the most voluble advocates of a separate jurisdiction is barrister David Hughes, of 30 Park Place Chambers in Cardiff. He was a leading light in lobby group Justice for Wales, which published a pamphlet on the subject last year.

Hughes told the forum that divorce from England could dramatically improve access to justice in the country – contradicting one of the principal arguments of its critics. Separation also offers ‘huge potential’ for lawyers in Wales, given the value of legal fees ‘repatriated’ by England-based firms, he claimed.

Hughes stopped short of arguing that Wales should have separate solicitor and barrister professions, however – a Law Society of Wales is not in his sights. Instead, he suggested, solicitors in England seeking to practise in Wales could pay a supplement on top of their PC fee.

According to Hughes, the argument that a separate jurisdiction for Wales would be prohibitively expensive reflects the ‘lazy’ and ‘small “c” conservative’ debate on the future of the legal professions in a properly devolved system.

In July’s Commons debate on Plaid Cymru’s amendment, Torfaen MP and barrister Nick Thomas-Symonds warned that a separate jurisdiction would erect an ‘additional barrier’ to access to justice.

Hughes disagrees. ‘The buildings are all here, the judges are all here. More is spent per head in England,’ he told the forum.

‘At the moment Wales is not gaining [in terms of] access to justice. SMEs in Wales are subsidising multimillion-pound litigation between oligarchs in London. That does nothing for the community in Wales – the fees are not coming back.’

A legally independent Wales would be able to do ‘imaginative things’ to enhance access, Hughes argued, such as introduce a contingency legal aid fund. Size is not a problem either, he insisted – ‘Wales would not be a particularly small common law jurisdiction. If it were a US state, 20 would be smaller.’

The Wales Bill promises new powers for the Welsh Assembly, but critics allege that it could actually result in a ‘roll back’ of devolution.

Hughes alleged that ‘the problems of the Wales Bill are largely to do with the mania for preserving a fused jurisdiction’. He added: ‘The bill is a con. It is not a reserved powers model on any sensible understanding… there is a presumption against competence in private law.

‘Since our pamphlet came out the assembly has come out in support of a separate jurisdiction and the Welsh government is using the arguments we put forward – both economic and constitutional.’

The event also heard from Fflur Jones, a partner at commercial firm Darwin Gray in Cardiff. She said it was ‘disappointing’ that in a recent survey by magazine Wales Business Insider, two-thirds of practitioners in Wales questioned said they did not want a separate jurisdiction.

‘It got me thinking about the divergence between what’s happening on the ground and solicitor [attitudes],’ she said. ‘Is it about education or are lawyers risk-averse? We should look at this as a potential advantage not as a challenge or risk, particularly in the Brexit environment. Why not make Wales an exemplar of best practice in lawmaking?’

Julian Boswall, a partner at Burges Salmon in Bristol, wanted to know the ‘direction of travel for the mere practitioner’.

Citing the example of solicitors in England and Wales advising on Scottish matters, he asked whether ‘we will realistically have to [retain Welsh lawyers] for work in Wales and therefore there will be a separate qualification’.

Neither Hughes nor Jones thought so. ‘I suspect the most you would see is separate practising certificates for each organisation, because the Welsh bar and Welsh solicitors profession might regulate their members a different way,’ said Hughes.

He cited the Northern Irish model of practice reciprocity as a better analogy, adding: ‘I would imagine there would be a supplementary PC added to your main one. So if you were, say, an English solicitor in Bristol, but wanted to be a Welsh solicitor as well, you might pay £100 or £200 a year to get that qualification so you can practise in Wales.

‘Then it would be up to you and your sense of professional responsibility to ensure you are equipped to do so.’

Jones agreed: ‘I don’t foresee that a jurisdictional model along Scottish lines would be beneficial to anyone. Welsh lawyers would be the ultimate losers because we would not be able to handle cases from across the border in England.

‘We as Welsh solicitors or Welsh-interested solicitors just need to make sure we keep on our toes and keep our specialisms on Welsh matters up to date.’

However devolution evolves, perhaps Wales’ 3,700 solicitors and 450 firms (including 16 alternative business structures) would do well to look further afield to increase the £400m or so of income they generate for the Welsh economy.

That is certainly the view of Sir Michael Pitt, chair of the Legal Services Board. He pointed out that, on a like-for-like basis, legal services in Wales are significantly cheaper than in England. A straightforward conveyance costs 15% less; drafting a will 20% less; and handling an uncontested divorce is over a third cheaper. ‘Is there a significant business opportunity for legal providers in Wales?’ Pitt wondered. ‘You seem to have a sharp competitive edge and there could be scope for exporting more of the services you provide.’