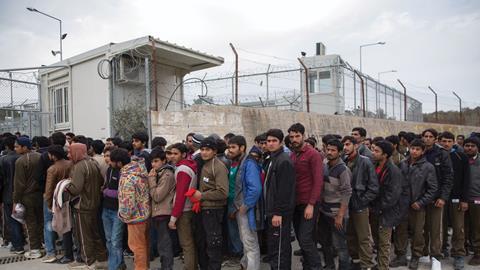 News focus: what now for the council of European bars?

Refugees, the future of the profession and confidentiality of information are on the radar of the CCBE’s new British president – but does the organisation need a name change?

Europe’s largest lawyers association is experiencing a bit of an identity crisis. ‘By the time you’ve explained to someone what CCBE means you’ve lost them already,’ says Ruthven Gemmell, the Scottish and England and Wales-qualified solicitor who last week took up presidency of the body.

One of Gemmell’s ambitions for his term is to start the process of changing the organisation’s name – a French acronym for the council of European bar associations – to something which at least includes the term ‘law’ or ‘lawyers’ in either English or French.

Gemmell is not the first to spot the problem. His French predecessor Michel Benichou said last month that his one regret of his term in office was not starting the debate. But he may have to tread carefully. Gemmell is the first UK solicitor to hold the presidency since the CCBE was formed in 1960 (though one barrister and two Scottish advocates have also been there). His term will coincide with the UK triggering article 50 of the EU Treaty.

The CCBE is not an EU institution; it describes its role as liaising between member associations and European institutions and others. Its membership of 32 full, three associate and 10 observer countries stretches far beyond the EU. The Law Society, represented by past-president Nick Fluck, is a member through a UK delegation of six bars and law societies. However, the Brussels-based body shows signs of what Eurosceptics call institutional capture – the 12-star EU flag decorated the top table at last month’s plenary session, for example.

In his address following his unanimous election, Gemmell went out of his way to stress: ‘I am a European, I respect all the European institutions and courts and above all I am committed to the CCBE.’

The plenary session, one of two held annually, offered a glimpse of the challenges involved in reaching common positions across so many jurisdictions based on two distinct legal codes. In a debate over the execution of cross-border decisions involving child custody, a split emerged over whether it is necessary to define the term ‘habitual residence’, with the common law jurisdictions seeing no need.

Perhaps a more significant (though amicably resolved) controversy emerged over the adoption of ‘basic principles’ drafted by the Union Internationale des Avocats on the status of refugees. The so-called ‘Budapest principles’ lay out a daunting set of duties for bar associations and professional organisations, including ‘to actively participate in political debates on legislative initiatives concerning the status of refugees and asylum-seekers’.

Several delegations, including Austria, Ireland and the Netherlands, said that committing themselves to such a political role would be outside their powers and indeed unlawful. Others, including Greece and Poland, argued that the contested article only requires bar associations to ‘make efforts’.

The UK’s position was that bar associations might be put under obligations they may not be able to fulfil – but with the pragmatic suggestion that the different translations might carry different nuances. The proposal to adopt the basic principles was carried, with Germany and the UK abstaining.

A stronger consensus emerged when the conference turned to the CCBE’s front-line work, including a scheme offering legal assistance to refugees on the Greek island of Lesvos. Over the past six months, some 27 lawyers, on three-week shifts, have provided free first-instance advice on asylum interviews.

Philip Worthington, the English solicitor coordinating European Lawyers in Lesvos, described the difficult conditions faced by volunteer lawyers in the Moria Reception and Identification Centre: ‘The volunteers have all worked extremely hard, often 14-hour days, seven-day weeks… when other organisations are at home for the weekend, we are at work.’ More than 550 individuals have been helped. ‘People who approach us know next to nothing about the asylum process,’ he said. ‘We sit with people and advise them how to present their case. It’s first instance preparation of the sort they would have at home. Without it, people go into their interviews with no idea of what the interview is about and can say things that fatally undermine their case. People who have a good case are being rejected because they don’t have access to legal advice.’

Gemmell said that continuing the Lesvos project will be one of three aims of his presidency. ‘With the financial and manpower support of so many bars and law societies which will continue until at least June, we must continue to support this in any ways we can,’ he said.

A second priority is what he called ‘the continuing issue of the future of the legal profession which continues to be debated’. No doubt with an eye to his home country, he pointed out the tendency of governments, consumer organisations and competition authorities to ‘look only at the consumer interest rather than the public interest and so see things in purely economic terms, which all too often becomes an obsession with the price of legal services and little else.

‘If the provision of legal services is left to market forces alone then they may not be provided at all. The public interest is much wider and requires the availability of legal services and so we must continue to fight for true access to justice.’

His third big issue is the confidentiality of information, particularly in light of the EU General Data Protection Regulation.

As for the organisation’s name: ‘The presidency has talked for many years of the advantages of the CCBE having a name which is more readily recognisable with what it does. If the name itself is not changed we need to have a simpler but recognisable means of expressing what we do. Whereas I am, by nature, reticent about organisations changing their names, it is a matter worthy of discussion.’

Whether the necessary consensus to make the change can be found in the year of Gemmell’s presidency remains to be seen. ‘The thing about CCBE is it’s Europe in miniature,’ he told the Gazette. Despite his insistence that ‘I’m not there for the UK, I’m there for the CCBE’, bigger questions about Europe are likely to intrude.