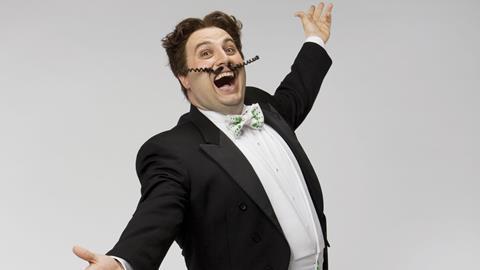 Competition watchdogs have bemoaned the dearth of comparison sites in the law. But is there a real appetite for ‘shopping’ among law firms and clients wedded to traditional consumer habits?

It is getting on for three years since the Competition and Markets Authority called for greater efforts to develop comparison sites for consumers choosing a law firm.

The CMA lamented that just 22% of people compare the services on offer before instructing a lawyer, with the sector accused of lacking transparency about choice.

This might have been seen as a signal for the likes of Compare the Market and Confused.com to step in and gobble up the kind of profits brought in from the insurance and energy sectors. That has just not happened. Several new entrants have sought to establish comparison and review sites, but the sector has yet to fully embrace the change.

Earlier this month the Gazette revealed that heavyweight pan-European lawyer-finding website Qredible is bringing its Mon Avocat website to England and Wales. This met with further scepticism. One Gazette reader reflected on his own experience of setting up a similar business, recalling that despite huge consumer interest, the lawyers were just not bothered.

Earlier this year, the Law Superstore, one firm in the vanguard, was relaunched with a different model. New owner reallymoving made the point that consumers in this sector behave differently.

‘The model [the previous owners] were trying to pursue was broadly using it to create instructions for lawyers,’ says chief executive Rob Houghton. ‘They would display a load of lawyers and it was up to the consumer to choose one. We don’t think people are ready to do it yet. It is a very useful way to find out a lawyer’s experience and more about the firm, but instructing someone is a step too far.

‘We flipped the model so that instead of generating instructions it generates leads. People have 6-12 qualifying questions which help us provide a quote and we provide a maximum of four quotes from lawyers closest to the client’s location. It is up to the client or firm to contact each other. That seems to be working well.’

I don’t think people are yet ready to commit to instructing a lawyer online-only, if it is something more complex and personal such as a [marital] break-up

Houghton says a basic comparison website might work for simple wills or a conveyancing transaction, but a price-led model can only go so far.

‘When buying a legal service, the lawyer is essential to the product. I don’t think people are yet ready to commit to instructing a lawyer online-only, if it is something more complex and personal such as a big transaction or [marital] break-up.’

The Legal Services Consumer Panel has long banged the drum for comparison sites. It acknowledges that there are challenges, not least a dearth of information and a fragmented supplier base. Regulators have started to address some concerns by forcing firms to publish certain prices, but there is much more to do.

Panel chair Sarah Chambers says: ‘The future of comparison websites is very much dependent on their ability to continue to respond to consumers’ needs for accessible and assessable information, including comparable performance data.’

Crispin Passmore, a former executive director of the SRA and now a consultant to the legal sector, says regulators are trying to force the issue in the absence of market pressures. He believes it will take at least three years to assess if there is now any real appetite for consumers to shop around.

The fragmented market – an obstacle to comparing like with like – is likely to contract in that time, with the firms that emerge finding that more transparency is a good way to differentiate themselves from bulkier rivals.

Passmore notes: ‘We are about 20 years into insurance comparison sites and they are both great for consumers and not the answer to all problems.

‘They sometimes undermine price and quality but, overall, they are positive. People use them in sophisticated ways – for example I look at them and then approach insurers direct for car and home insurance. I tend to use them directly and quickly for travel insurance.

‘So, perhaps in five years we will see them embedded but not the usual route to purchase. For some segments that might happen in 15 years’ time. They are likely to be an important contribution to an effective market but not the sole answer or risk-free.’