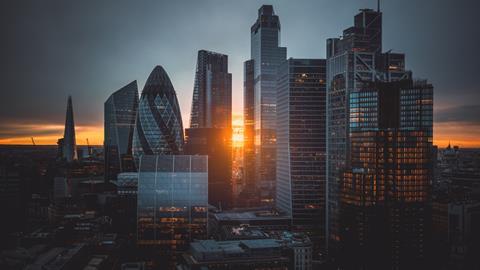 Pressure mounts for action against 'enablers' of Russian regime

The role of English law firms acting for powerful Russian clients has come under growing political scrutiny as the government prepares to announce long-delayed legislation against the flow of 'dirty money' to the UK. Writing in today’s Financial Times, Cabinet Office minister Andrew Griffith called on law firms to 'go further, faster, wherever they can' to ensure that sanctions bite.

His comments followed claims that the government has received threatening letters from City law firms acting for clients facing sanctions following the Russian invasion of Ukraine. Foreign secretary Liz Truss briefed MPs over the weekend that law firms were holding up efforts to implement asset freezes and travel bans. She repeated the allegation in an interview with the Sunday Times published yesterday. Speaking on the BBC’s Sunday Morning programme, Truss said as a result of such action the government had to make sure its measures against Russia’s super-rich were ‘legally watertight’.

She added: ‘We have a hitlist of oligarchs that we are targeting but we need to make sure the legal case is right so we are doing them one-by-one.’

Law firms involved with Russian clients will be carefully studying a joint statement on Saturday from leaders of the European Commission, France, Germany, Italy, UK, Canada and the US which promised a clampdown on ‘enablers’ to Russian elites and officials. The statement made four commitments including the launch this week of a transatlantic task force to ensure sanctions are effective.

It continued: ‘As a part of this effort we are committed to employing sanctions and other financial and enforcement measures on additional Russian officials and elites close to the Russian government, as well as their families, and their enablers to identify and freeze the assets they hold in our jurisdictions.’ The term ‘enablers’ is understood to include law firms.

In his Financial Times article, Griffith wrote: 'No reputable firm or diligent investor wants to do business, even at the furthest remove, with a regime with blood on its hands. So, in addition to the unprecedented action taken in concert with our global allies, I encourage every relevant UK business and financial institution to go further, faster, wherever they can. From lawyers, bankers and accountants to real estate agents and insurance brokers - we all share the responsibility to act.'

On Friday the House of Lords heard criticism of the role of City firms in alleged money laundering by wealthy Russians. Liberal Democrat Baroness Kramer (the former MP Susan Kramer) said the network of professionals involved was ‘laced with respectable names’ who needed to be held to account. ‘We are all aware that London has been washing dirty money from kleptocrats and oligarchs — with strong connections to Putin and his regime — in the hundreds of millions of pounds and, frankly, the government have gazed on it with a fairly lax eye, promising action, but very little has actually taken place.’

Cross-bencher Baroness Wheatcroft (the journalist Patience Wheatcroft) said ministers should look at the ‘highly commercial approach of some of our major law firms’ and highlighted an example from last month of one firm being fined for breaching anti-money laundering regulations.

Lord Carlile of Berriew, former head of Foundry Chambers in London, said that a ‘host’ of law firms were involved in money laundering activities and called for the government to create a register of lawyers’ activities for Russian citizens.

Meanwhile, the Solicitors Regulation Authority reminded firms of the importance of sanctions guidance. The regulator said: ‘Firms should check the financial sanctions lists before offering services or undertaking transactions for clients. If an individual is on the sanctions list and subject to an asset freeze, firms may not deal with those funds or make resources available to that person.’

Law Society president I. Stephanie Boyce said: 'It’s the job of solicitors to represent their clients, whoever they may be, so that the courts act fairly.  This is how the public can be confident they live in a country that respects the rule of law – unlike Putin’s tyrannical regime.

'Solicitors are highly regulated and are not allowed to bring spurious objections to processes – if they challenge the government’s actions, it’s because they think the government is at risk of breaking its own rules. If parliament wishes to change those rules, they have the power to do so democratically. The Law Society and our profession stand ready to support the government to build a watertight sanctions regime against Russia.'