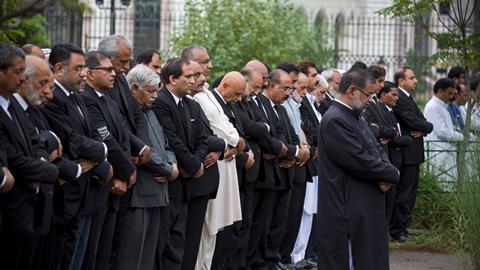 The Law Society and Bar Council have joined international calls on Pakistan to protect lawyers, saying they are ‘subject to death threats, physical attacks, harassment’.

Today, on the 10th  annual Day of the Endangered Lawyer, the Bar Council said the situation in Pakistan ‘remains extremely concerning’. In 2016, dozens of Pakistani lawyers were killed in a bomb attack in provincial capital Quetta, following the shooting of the president of the Balochistan bar association earlier that day. According to the Bar Council, attacks have continued, causing serious fear for the safety of legal professionals.

Amanda Pinto QC, chair of the Bar Council, said: ‘The situation in Pakistan remains extremely concerning. For the rule of law to exist, lawyers and members of the judiciary must be able to fulfil their role in defending the rights and freedom of citizens, without fear of persecution or attack. On this day, the Bar Council stands in solidarity with our colleagues who are at risk around the world and calls, in particular, on the Pakistani government to take immediate steps, to ensure the safety of its lawyers.’

On Monday, Jalila Haider, a lawyer and campaigner for the minority Hazara community, posted on social media that she had been detained for seven hours while on the way to a conference in the UK. ‘They mentioned that my name is placed in ECL [exit control list] due to anti state activity,’ Haider claimed.

Simon Davis, president of the Law Society, said: ‘We honour the courage and commitment of lawyers around the world who uphold justice, often despite considerable risk to themselves, their colleagues, and their families. The rule of law is essential to preserve democratic values, fundamental freedoms and good governance.

‘Lawyers must be allowed to carry out their professional duties without interference and should never be identified with their clients or clients’ causes. The Law Society stands in solidarity with legal professionals around the world. We will continue to fight to ensure the survival of strong, vibrant justice systems everywhere.’

Pictured above: Pakistani lawyers offer funeral prayers for colleagues killed in a bombing in Quetta, 2016
Source: B K Bangash/AP/Shutterstock