The government has confirmed that legislation to increase the judicial retirement age to 75 is imminent, referencing the change in yesterday’s Queen’s speech.

The change would require primary legislation but will be enacted ‘as soon as parliamentary time allows’. The mandatory retirement age would be raised from 70 to 75, with the legislation also making it possible for magistrates to serve until 75 ‘where there is a demonstrable business need’. 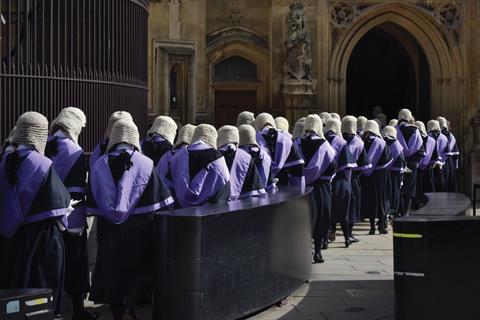 Ministers intend to make provision for judges retiring later through the Public Service Pensions and Judicial Offices Bill. This is also intended to put judicial allowances ‘on a firmer legal footing’ by reforming their pension arrangements, the government has said.

Measures are designed to support recruitment and retention in the judiciary and ensure it can continue to meet the demands of the justice system. The bill will transfer members of the judiciary into a reformed pension scheme owing to the unique circumstances of their appointment, but details of the scheme have not yet been published.

In March, the government published its response to a consultation on the mandatory retirement age, considering reform of the Judicial Pensions and Retirement Age 1993, which forces judges to stop at 70 except in limited cases.

Last year’s consultation received more than 1,000 responses, the overwhelming majority of which supported the proposal to increase the retirement age. The Ministry of Justice has said it wants to address the fact that people work later in life, and does not want to lose valued members of the judiciary.