The SRA will have unfettered access to all documents relating to the Post Office scandal as it investigates whether any lawyers involved have committed misconduct, it has emerged.

Minutes from the most recent board meeting reveal that the SRA has successfully applied to become a core participant in relation to the Post Office Horizon IT inquiry. This was at the suggestion of the inquiry so the regulator could more easily access documents and information gathered to take forward into its own investigations.

The extra disclosure is unlikely to speed up the disciplinary process – the inquiry will have to play out before the SRA brings forward any prosecution – but will ensure investigators can fully probe the Post Office’s team of in-house lawyers and external advisers for potential wrongdoing.

The SRA has already agreed a disclosure order from the Post Office in relation to the prosecutions of former subpostmasters as a result of the Horizon IT scandal.

The inquiry has statutory powers so would potentially grant the SRA access to even more evidence about how the scandal was allowed to unfold. Chaired by Sir Wyn Williams, the inquiry has already heard testimony from some of those wrongly prosecuted and will later turn to how Post Office and its legal team used information from Horizon when bringing private prosecutions. 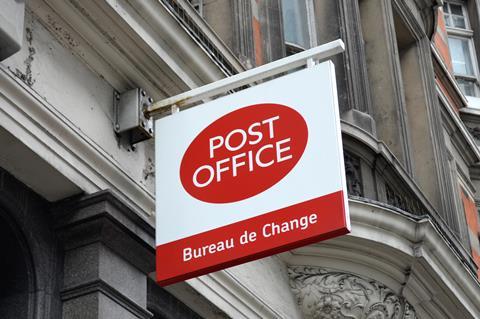 The scandal – widely accepted to be the biggest miscarriage of justice in UK history – is back under the microscope following the broadcast of a BBC Panorama programme on Monday evening.

The programme included an interview with solicitor Issy Hogg, who represented wrongly convicted postmasters. Hogg said the Post Office knew about issues with the Horizon system and question marks over prosecutions already brought, but it ‘ploughed on’ regardless.

It was revealed in the programme that two Post Office lawyers had emailed each other in July 2010 saying it was 'absolutely vital that we win as a failure could bring down the whole Royal Mail system'.

Like dozens of other subpostmasters, Hogg’s client Rubbina Shaheen was offered a deal under which theft charges would be dropped if she pleaded guilty to false accounting. Hogg advised her to take the offer but told Panorama last night: ‘Had I known [there were internal concerns expressed by Post Office) there is no way I would have been advising people in the way that I did. I shouldn’t have had to give that advice. That is outrageous. I shouldn’t have been put in that position. I had to give advice to people which in [some] cases ended up with them going to prison.’ Shaheen was sentenced to 15 months in prison but her conviction was later quashed.

More than 700 branch managers were convicted on the basis of Horizon software introduced around the turn of the century. The Post Office agreed to settle civil cases with 555 claimants in 2019 and since then dozens of people have had their convictions overturned, with more cases ongoing.