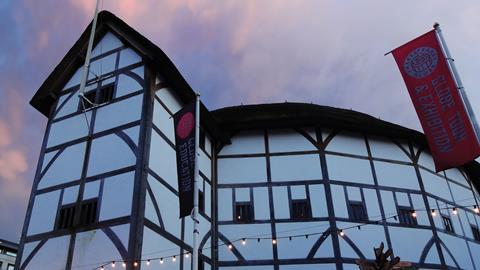 All the court’s a stage

Government officials and judges are trying to identify alternative venues, such as sports halls, that could stand in as makeshift courts to start clearing the backlog of cases caused by the lockdown. As we reported last week, closed-down courts seem to be a non-starter.

But lawyers have come up with some excellent suggestions.

Tom Wainwright, a criminal barrister at Garden Court Chambers, says Shakespeare’s Globe theatre ‘will appeal to drama queen barristers (ie all barristers)’. He also suggests Tate Modern Turbine Hall (‘get the court sketch artists to up their game’), The Inns of Court (‘convenient location for the bar’), Eltham Palace (‘Queen Mary, whose death is supposedly the reason we have to wear black gowns, visited here’), the Natural History Museum (‘some members of the bar and bench would feel at home among the fossils. Also dinosaurs are cool’), and the O2 arena (‘for big multi-handed cases’).

Criminal defence solicitor Jon Black says if the Ministry of Justice and HM Courts & Tribunals Service want to be really creative in dealing with the Covid backlog, they could use some hotels and restaurants that have retained their ‘justice’ features, such as the five-star Courthouse Hotel in London’s trendy Shoreditch, formerly Old Street Magistrates’ Court.

Perhaps the court could deal with overnight remand cases in the ‘Jailhouse Bar’ or hear a jury trial in the ‘Judge & Jury’ dining area.

But whatever happens, we need a better name for makeshift premises than ‘Nightingale courts’. Obiter rather favours ‘Mansfield courts’, but no doubt readers will have their own suggestions. Email them to michael.cross@lawsociety.org.uk.