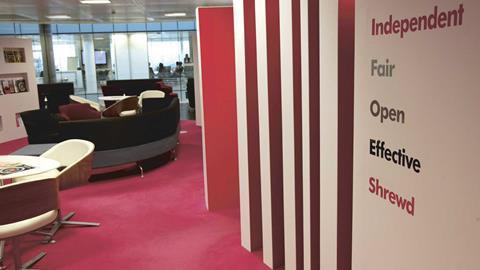 Assessing complaints about the ombudsman? Yours for £20k

Super-model Linda Evangelista once suggested she wouldn’t wake up for any less than £10,000. So it’s unlikely she would be interested in helping to turn around the ailing Legal Ombudsman service for just double that.

The Office for Legal Complaints is seeking a new service complaints adjudicator to provide an independent and impartial review of complaints about its service at the final stage of the complaints process.

Given the ombudsman has had to beg for a £2.5m hike in its budget and recently described an ‘unsustainable’ 5,000 people soon waiting for an investigation into their issue with their lawyer, it’s likely the service might be fielding a few complaints in the coming months.

The tender invitation is for an initial one-year contract to report twice yearly to the OLC board and use the insight and expertise gained to help the ombudsman learn from complaints and improve its service. The value of the contract is listed as from £0 to £20,000. Obiter imagines the winning bidder will be looking towards the higher end of that range.