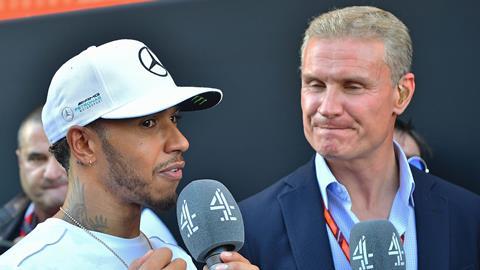 Aviva slapped down over its need for speed

Insurance heavyweight Aviva has never been afraid to put the boot into what it calls the ‘aggressive and sustained’ marketing campaigns of claims companies.

So it may offer claimant lawyers a little Schadenfreude to learn the insurer is in hot water itself over one particular bit of advertising.

When he picked up an apparently unsuspecting couple for an airport run, Coulthard embarked on a high-octane, two-wheeled jaunt through town, before the hidden cameras were brought out to reveal the set-up.

As Obiter is sure you’ll agree: so far, so hilariously Beadlesque.

Unfortunately, 58 people were not so impressed, and they complained to the Advertising Standards Authority saying the ad encouraged dangerous and irresponsible driving.

Aviva said the ad was clearly a planned set-up, with warnings that stated this was conducted under a controlled environment and should not be recreated.

Alas, the ASA was not so keen. The advertising watchdog said the focus on speed and stunts overshadowed the on-screen warning and the ad would potentially be emulated by viewers. Aviva was warned not to show the ad again and told its advertising must not encourage dangerous and irresponsible driving. Something to think about next time the firm lambasts the marketing methods of the claimant sector.