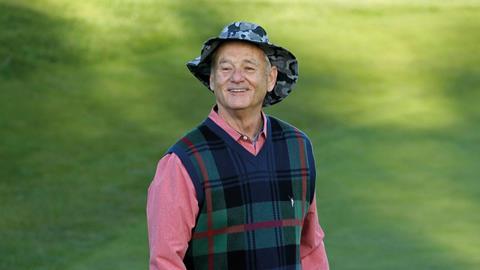 If only all law firm exchanges regarding intellectual property could be as entertaining as those between the US firms representing veteran rockers the Doobie Brothers and actor Bill Murray’s golf company.

It started off with a cease-and-desist letter from the Doobie Brothers’ firm, King, Holmes, Paterno & Soriano. Lawyer Peter T Paterno informed Murray that the band recorded the song Listen to the Music. ‘It’s a fine song. I know you agree because you keep using it in ads for your Zero Hucks Given golf T-shirts. However, given that you haven’t paid to use it, maybe you should change the company name to “Zero Bucks Given”.’

After making a dig at Murray’s Garfield movies, Paterno said the firm would almost be OK with the shirts if they ‘weren’t so damn ugly’.

Responding, Yoffe & Cooper partner Alexander Yoffe complimented Paterno ‘on finding levity in the law at a time when the world and this country certainly could use a laugh’.

However, Yoffe said the negative comments about the shirts ‘are especially disconcerting to all of us – especially considering 75% of my wardrobe consists of William Murray polos, shorts and pants’.

Paterno and his colleagues were asked for their sizes and which shirt they found the least offensive ‘and we will happily upgrade your wardrobes and hopefully win each of you over as new fans of the brand’.