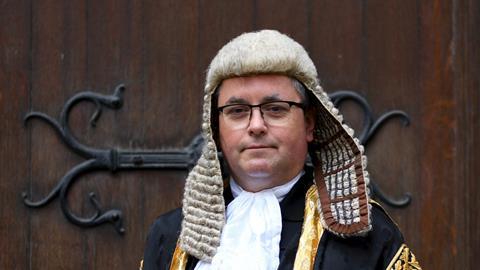 Buckland plays it for laughs

Our latest lord chancellor is proving something of a wag. Robert Buckland entered into the spirit of a little joshing by his predecessor David Gauke, whose message of congratulations noted that Buckland was ‘not a solicitor, merely a barrister’.

At his swearing-in last week (held at the unusually early hour of 9am, perhaps because the judicial bigwigs wanted to get away on their hols) Buckland had his revenge. He thanked David Gauke, ‘a mere solicitor’, for his commitment to the rule of law.

Buckland’s speech also included a reference to the recent turnover of holders of his office. ‘When preparing for this ceremony it was reassuring to recall that I have had some practice – after all, I have borne direct witness, when I was solicitor general, to four of my predecessors being sworn in!’

On that note, a Gazette reader offers a suggestion: ‘The next edition of “Lives of the Lord Chancellors” will presumably be a loose leaf publication.’