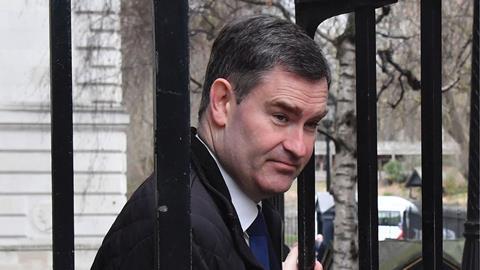 Obiter’s round-up of solicitor MPs either running for, or supporting runners for, the top job in the Conservative party omitted one prominent name. Where, the cry goes up, was Gauke?

The short answer is that the Rt. Hon David Gauke MP (admitted 1997, but no longer on the roll) was playing Santa Claus. Apart from tackling the judicial recruitment crisis with temporary salary top-ups for High Court judges, the lord chancellor was able to find £2m – apparently down the back of a Ministry of Justice sofa – to invest in ‘lawtech’.

Santa even took time off during a torrid political week to announce the new tech funding in person, at an event held to publish the Law Society’s critical report on algorithms in the justice system. Cannily, he was far too busy to grapple with any of the tricky topics the report raised. He arrived at 8.30, before the event’s official opening, made a brief speech with the good news and scarpered without taking questions.

An ability to win friends is the hallmark of a good political operator. So why is Gauke not in the leadership race? He is known in Westminster as a safe pair of hands and, if not exactly a household name, is at least as familiar as some of the non-entities in the running as the Gazette went to press. In fact, Gauke is in there: he was one of the first to declare support for outsider Rory Stewart MP. This marks him as a man of principle as well as putting him in line for a top post in the unlikely event that Stewart wins.

Obiter suspects, however, that the lord chancellor is playing a longer game. We’re not putting actual money on Gauke one day becoming the second-ever solicitor PM, but we’re not ruling it out, either.