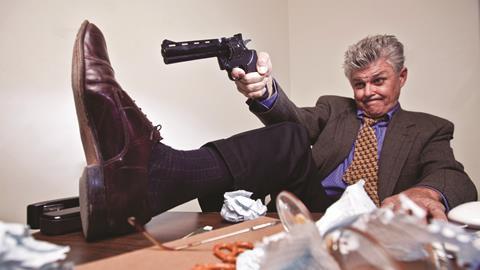 Can't get the staff these days

Never let it be said that the Ministry of Justice (MoJ) does not know where its own goal is.

Last week a former prison officer won damages against the ministry after he suffered psychiatric injury due to negligence and/or breach of contract. Sitting in the High Court, Lady Justice Thirlwall said James Marsh was entitled to recover £23,500.

Then came the thorny issue of the discount rate, which is of course deployed to decide the amount deducted from damages awards. Readers will probably be aware this rate was changed in March by (as she then was) justice secretary Liz Truss, from 2.5% to the considerably more generous (for claimants at least) -0.75%.

The defendant in the Marsh case, as you might expect, was something of an expert in such matters.

The MoJ attempted to argue against applying its own new rate, saying the claimant had wanted a 2016 trial and his request to benefit from the new rate was ‘mere serendipity’.

Alas, these arguments fell on deaf ears. Thirlwall noted the case was delayed only because of an altered position by the defendant and pointed out (to the government department responsible) that the law ‘had changed’.

She also said the MoJ had made no transitional provisions for ongoing cases when it made the new order – an oversight which must have proved most frustrating for this particular defendant.