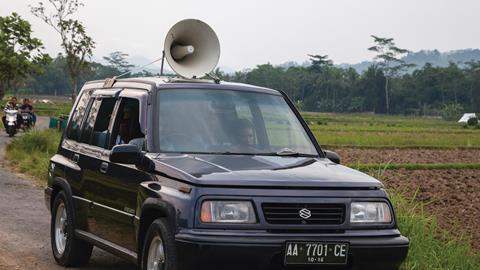 Come on feel the traffic noise

Manchester motoring solicitor Nick ‘Mr Loophole’ Freeman has taken up a new cause: the menace of silent road vehicles.

He tells Obiter that his interest was piqued by trips to Isleworth Crown Court in hybrid taxis and the conversation turning to the extra responsibility the drivers feel when pedestrians don’t hear them coming. ‘Silence is not golden, it’s dangerous,’ he says.

In a press release last week he said that makers of electric vehicles will face huge claims for accident-related damages unless they add synthetic noises to their vehicles. ‘It is a responsibility of car manufacturers to make their vehicles safer, which includes ensuring their vehicles are both seen and heard.

‘They need to take heed of this advice or they will find themselves in the dock facing huge civil claims for accident-related damages.’ Freeman was speaking figuratively about docks, but it looks like he will get his wish: under a 2014 EU regulation manufacturers have to fit ‘acoustic vehicle alerting systems’ to all silent vehicles from 2021.

No doubt this acoustic version of the old Red Flag Act will generate its own caseload for Mr Loophole.