Counting the cost of crime

Marlborough Street was not a court where I or my clients fared well. For a start, I appeared there on a shoplifting case the day after I was admitted. I didn’t know that, first, the magistrates (stipes) never granted legal aid for the offence; and, second, that on a plea of guilty a first offence cost the offender £25 with seven days to pay. 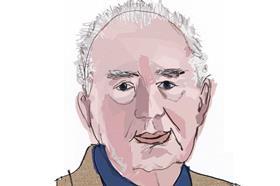 Simpson, my employer, did not take kindly on my return. He rather thought I had been skiving.

It was some years before I discovered that one of the stipes liked long-legged ladies who wore the fishnet tights that were then fashionable. He would peer shortsightedly at them, and it was even better when they crossed and recrossed their legs. By the end of a mitigation for these girls who had tried to cash stolen cheques for their boyfriends – well, that was the mitigation anyway – he would mutter, ‘poor, poor child….exploited’, before turning and saying, ‘I think reports’ or ‘I’m certainly not going to send her to prison.’

As a rule, I found the court was generally unwilling to grant legal aid. I don’t remember how I came to defend a Portuguese baglady on some sort of charge but she had a history of mental troubles and did not speak English well. Legal aid refused. At the next hearing, I went along to find out why. ‘Well,’ said St John Harmsworth who was sitting, ‘she’s put down she has £1,000,000 in her building society.’ ‘You can only have £25,000,’ I said. ‘and she clearly doesn’t have tuppence.’

‘Get her to fill in the form properly, then.’

She was sent to Napsbury Mental Hospital where she clearly knew the form because she asked if I could lend her £5 for necessities. For the next couple of months, I had a few phone calls from her which ended in the instrument being slammed down, presumably by the nurses. They died away and then one day my client appeared in the office. I asked my receptionist to see what she wanted and that I was busy. ‘She only wants to give you your money back,’ was the shaming answer. I have always felt I behaved badly towards the poor woman.