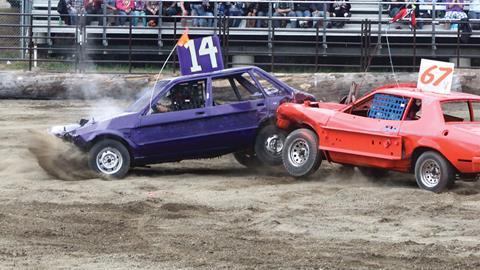 Last week’s Commons debate on the Civil Liability Bill lasted three-and-a-half hours, forcing MPs to miss the latest episode of Great British Bake Off. So no wonder some were showing signs of going off-piste by the time proceedings entered their fourth hour.

Walsall North MP Eddie Hughes began his speech by reminiscing about rebuilding classic cars. He rounded it off by questioning whether whiplash claims were legitimate, noting that demolition derby drivers, who crash into each other for a living, suffered no such injuries. Obiter imagines most drivers on the A639 to Doncaster won’t be wearing a crash helmet and neck restraint anytime soon, however.

Vicky Ford, MP for Chelmsford, appeared at first to have wandered into the wrong debate. With speakers limited to seven-minute windows, Ford deviated from topic to share her highlights from the summer recess, notably horseriding on roads around Chelmsford. Hansard has thankfully recorded her tribute to the British Horse Society for posterity.

Earlier in proceedings, we had a hint that relations between the Treasury and Ministry of Justice are not always rosy. David Gauke explained to the Commons exactly who is responsible for the discount rate being as it is. ‘I was in the Treasury at the time when the most recent change to the discount rate was made by one of my predecessors [Liz Truss], and I can certainly assure [you] that it was very much a decision taken by the lord chancellor. Perhaps I should leave it there.’