Days of our lives in crumbling courts

For many lawyers, the occasional glimpse of a dilapidated court is probably enough. The prospect of staring at a cracked wall or broken ceiling panel for a month would surely be too much. 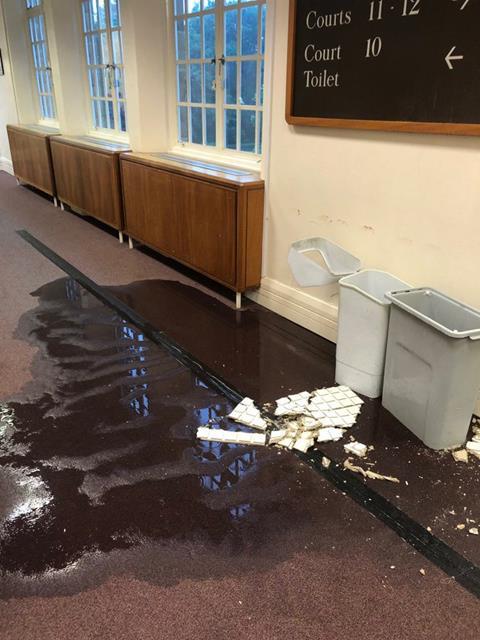 Still, we admire the charitable endeavour (not to mention the political mischief) of the Society of Labour Lawyers, which has produced a 2022 calendar themed around ‘crumbling criminal justice’, with each month showing an example of a court building suffering from underinvestment. Photographs in the calendar include collapsed ceilings and flooded courtrooms (surely a contender for April?).

The calendars are being sold for £8 each with proceeds going to charities Justice and the Howard League for Penal Reform. Free copies have also been sent to the Ministry of Justice and to Downing Street, which might possibly retort that, when last in power, Labour had 13 years in which to sort out the courts.