Experts getting tied up in knots

The recent roasting of an expert in Reynolds v Stanbury shows how experts can be a liability to the side calling them – and sometimes a deadly danger to the defendant in a criminal case. The classic example is the ‘expert’ called for the defence in the 1931 Rouse murder trial. He was destroyed when he could not tell Norman Birkett the coefficient of the expansion of brass, something Birkett had found in that year’s Engineers’ Diary. And for the prosecution in another case, when the expert on material did not know the difference between Egyptian and Indian cotton. 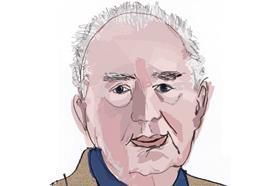 The Victorian barrister Henry Hawkins dealt with a witness in short order when he gave a handwriting expert six slips of paper. ‘I see you are trying to put me in a hole,’ said the expert. ‘I am,’ said Hawkins, who wanted to know whether the six slips were written at the same time and by the same person. ‘No, by different persons at different times,’ said the expert after briefly examining them.

‘You are in a hole,’ said Hawkins, ‘I wrote them all myself this morning at this table.’

The dangers of evidence from witnesses who had been hypnotised had long been understood in England but, although the Home Office issued guidelines in the 1980s, they seem to have been honoured in the breach. In 1987 at Maidstone Crown Court the judge stopped a case against the defendants after hearing that the hypnotist used by the police was self-taught and had learned his technique by reading books from his local public library.

On a happier note, James Comyn, who later became a High Court judge, used to tell the story of a doctor he called in a medical case in Dublin. The judge had been at Trinity College. The witness, wearing a Trinity tie, came through his cross-examination unscathed and was commended by the judge at the end of it. Comyn walked with the man to his car. On the back seat was a collection of regimental, school and college ties.

‘Oh yes,’ said the doctor blithely, ‘I always check the night before I’m giving evidence to find out where the judge went to school or college and I wear the appropriate tie. I find it helps an awful lot.’