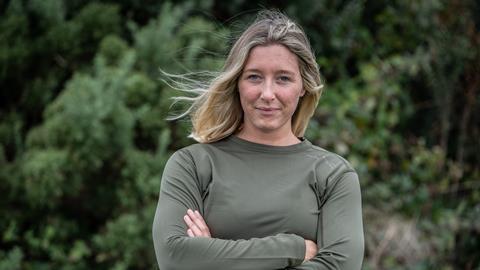 Fighting to the end

Obiter recoiled in horror from the TV as solicitor Elouise Gregor was given urgent medical treatment during the interrogation stage of the Channel 4 show SAS: Who Dares Wins. Desperately short of sleep and food, the private client solicitor finally succumbed during an intense final episode.

The candidates were cast in the role of captives, covered head to toe in black Halloween garb (Obiter’s a fan of what appeared to be night vision kit) and were then grilled by specialists. As tension rose with the interrogators discovering the existence of a candidate’s cover story, brave Elouise slumped to the ground and was whisked next to a roaring fire where she was promised hot food.

So the battling Walters & Barbary operative missed the final tests. By then, Obiter was chilled to the marrow as the remaining candidates emerged from freezing water beneath a waterfall. Two passed the course.

Back in Cornwall, Elouise could reflect that she did at least fulfil chief instructor Ant Middleton’s brief – ‘to go to some deep, dark places’.