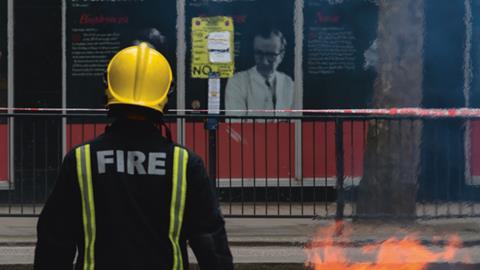 London’s legal district (or Mid-town, as property developers insist on calling it) had a chance to display some Blitz spirit before the Easter holidays when an underground fire in Kingsway caused power blackouts and the evacuation of some 5,000 office workers.

Casualties included the Royal Courts of Justice, numerous firms and chambers in and around Lincoln’s Inn, as well as the headquarters of the Government Legal Service and Bona Vacantia Division (one of those departments less interesting than the sign on the door implies).

The fire, which burned for 36 hours, also shut down the HQs of a couple of legal regulators, including, for a day, Chancery Lane. Without wishing to tempt fate, we can report that the Gazette’s business continuity procedures held up well, with the newsdesk up and running as normal from a Fleet St coffee shop from 9am.

The Legal Services Board seems to have had a rougher time. As the Gazette went to press, staff were still not able to enter its new Kemble Street office or access normal email addresses.

‘We are “open for business” but it is not “business as usual”’, a plaintive note on the website explains. Still, managing without the LSB for a couple of weeks is good practice for when the uber-regulator achieves its goal of self-abolition.