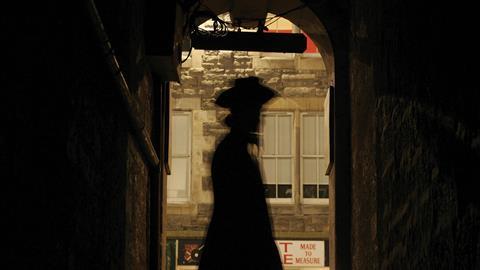 Ghost in the machine?

As technological breakthroughs go, it is not quite up there with the moon landing, let alone the ring-pull can, but HM Courts & Tribunals Service last week made a giant leap into the 21st century. According to an announcement, HMCTS is three months into a three-year programme to install decent Wi-Fi at 31 criminal courts. The forums with ‘full-building coverage, improved bandwidth and a resilient design’ include Birmingham, Bristol, Croydon, Kingston upon Thames, Leicester, Liverpool, Manchester, Reading, Sheffield, Snaresbrook, Teesside and Woolwich.

This belatedly fills one of the last gaps in the programme to make Wi-Fi available in every court. (The original deadline was 2016, but we won’t labour that point.) As one Gazette reader pointed out, all we need now are power sockets in the front two benches of every court and lawyers will be ready to engage with the multimedia extravaganza that is the promised paperless court.

Alas there are still some enduring ‘not-spots’, the most embarrassing of which are in two of our most iconic courts. The Royal Courts of Justice in London’s Strand remains notorious for patchy coverage. And a notable exception from HMCTS’s announcement last week was the Central Criminal Court. HMCTS says full-building coverage is not yet live because of the ‘unique challenges’ of the building. Rumours of interference by the spectral presence of a wrongly executed highwayman remain unconfirmed.

There is better news from the Rolls Building, flagship home of the business and property courts. Obiter popped in the other day to catch up with the latest oligarch blockbuster in the cynical expectation of getting only ‘404 error’ pages and ‘connection lost’ messages as we tried to keep in touch with the office. But far from it: the connection was smooth, with data flowing like manure off a shovel. A quick online test revealed a speed of 107.3 megabits per second – faster than the Wi-Fi at Obiter Towers.

Is this the best in the jurisdiction? Obiter would love to hear the results of tests at readers’ local courts. It is easy to do: enter ‘speed test’ in any well-known search engine and you will be directed to a site which, in a couple of clicks, will measure the upload and download speed, along with the latency (delay) in the network. But don’t run your device’s batteries down in the process.