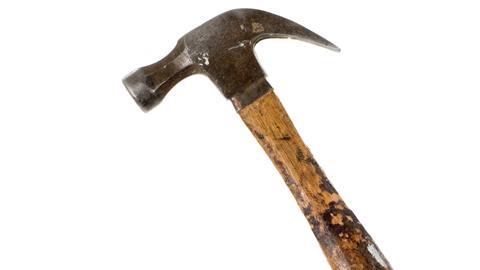 High Court master is a breath of fresh air

Broken court buildings are all too familiar to the lawyers of England and Wales. Reassuringly, perhaps, this not a phenomenon limited to our jurisdiction. But our neighbours in Ireland have a rather more direct approach to fixing the issues. Reports have emerged from Dublin that an exasperated Master of the High Court has resorted to breaking windows in his courtroom, citing longstanding issues with ventilation.

Edmund Honohan told RTE Radio One that the problem had lasted for at least 10 years, reporting a ‘fug’ in the courtroom that was making him ill.

Honohan’s solution was to bring in a hammer (court security perhaps not as heavy-handed as in England and Wales) and break a window himself.

‘I left a message on it saying do not re-glaze, but that, of course, was ignored,’ he lamented.

Honohan, apparently, would do it again – but hopes he won’t need to, as maintenance staff have unsealed windows that open on to the corridors.