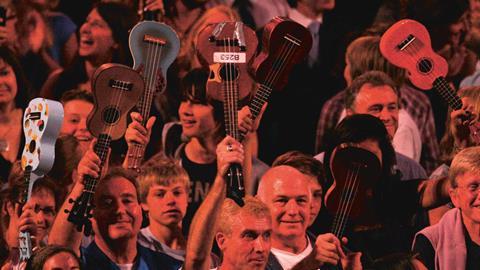 The Intellectual Property Enterprise Court (IPEC) has finally made headlines. The court, a specialist listing within the Chancery Division and based at the Rolls Building in London, was formerly known as the Patents County Court. It was rebranded a year ago, presumably to sound more like an institution forged in the white heat of technological revolution.

However the case that caught the popular press’s eye last week was an old-fashioned trademark tussle. It was sparked by the announcement of a concert tour by the United Kingdom Ukulele Orchestra, which despite its name is based in Germany. The Ukulele Orchestra of Great Britain, which for the past 25 years has been demonstrating the uke’s versatility in a repertoire ranging from Beethoven to the Velvet Underground, claims trademark infringement and sought an injunction.

The outcome? The case has yet to be listed for trial, but in a Solomonic decision, permanent presiding judge His Honour Richard Hacon refused to grant the injunction, saying that the British-based orchestra should have acted more promptly. Which is as good a first lesson in trademark law as you’re likely to get.