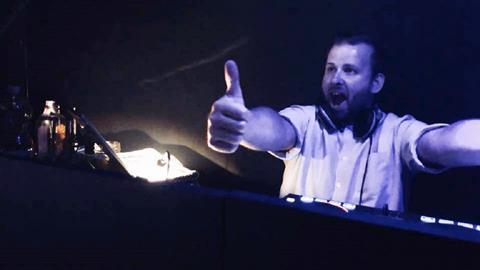 A DJ-turned-lawyer has gone back to his decks for a lockdown charity gig from his living room. James Raybone, AKA DJ Matt James, raised almost £700 for a children’s charity with a night of trance anthems live from his own home.

By day, Raybone is managing partner with Midlands wills writing business Alvechurch Legal Services, but he was also resident DJ with a local bar until the lockdown began.

Missing his weekend role, he started regular Facebook live shows from home to keep his hand in and entertain friends.

After several weeks, and with a growing following, James asked viewers to nominate a charity that they could raise money for. 'I couldn’t believe it when an old school friend of mine, Bekki Rix, direct messaged me,' exclaimed James. 'Her son Bowie, has Bohring-opitz syndrome, a rare genetic disorder that has left him unable to walk or communicate.

‘She said that the family had been helped by Caudwell Children, a national charity that provides practical and emotional support to disabled children and their families, and she wanted to nominate them, which I was more than happy to agree with.’

The live set had a reach of 25,000, with 5,000 views, prompting 230 comments and 126 shares from philanthropic followers. Raybone is planning another gig on the August bank holiday with a three-hour set – but the neighbours need not worry.

Raybone added: ‘I won’t be annoying the neighbours as the music goes through a mixer onto my Facebook page, so they’ll be no banging on the walls for me to turn it down.’