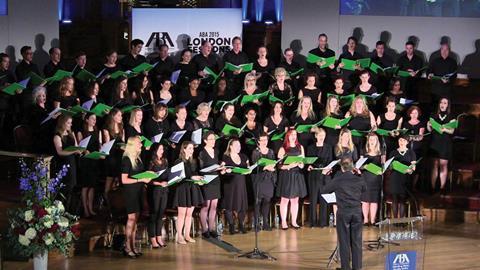 If you hear unusually melodic sounds from the direction of the water cooler over the next month, don’t panic – it could be a colleague limbering up for this year’s Legal Harmony event, a charity performance by a massed choir of 180 solicitors, barristers and support staff.

In June the choir will be performing a mix of well-loved opera classics and more modern pop numbers, including The Face, a song composed by Allen & Overy’s Philip Wood CBE.