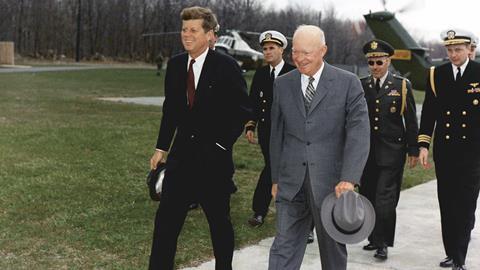 It is all the greater an irony that much of President Kennedy’s brief term of office was spent, in co-operation with other world leaders, in ensuring that internatonal conflicts and differences of outlook were resolved, not at gunpoint, but in accordance with the rule of law.

Happily, however loosely a progressive policy may be linked with the name of one man, it need never be entirely dependent on his presence. His influence survives him.

Four top City law firms have made a huge pledge to back the bid for the 2012 Olympics by agreeing to write off their legal work in return for association rights. Clifford Chance, Freshfields Bruckhaus Deringer, Ashurst Morris Crisp and Berwin Leighton Paisner were named this week as the firms to provide people and legal expertise to London 2012 Ltd.

Greater demand for legal advice in police stations is being forecast in the wake of the government’s plans to abolish the right to silence, announced in last week’s Queen’s speech.

Since I was unable to use the one hour of unexpired time left on a parking meter in the London area (I only learned this fact by acquiring a 10s ‘ticket’!), I assumed that one could park for a maximum of one hour by the insertion of sixpence in the meter, since the insertion of a shilling for two hours parking would have ‘broken the meter’.