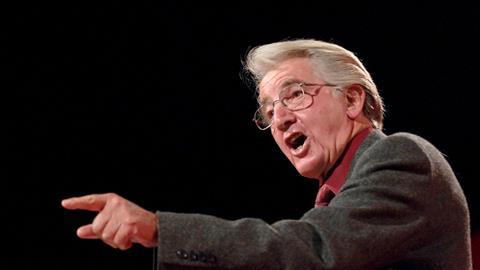 MPs separated from an early lunch

With barely the minimum of fuss, the government today pushed through its 34% increase in the fee for issuing divorce proceedings.

The debate, such as it was, before the delegated legislation committee, consisted of the usual explanations from justice minister Shailesh Vara of the need for the burden of funding justice to be lifted from the taxpayer and for users to pay their fair share.

Labour’s Christina Rees put up a spirited argument before incongruously confirming she would vote in favour of the amendment anyway.

All seemed set for a vote on the nod, until a single dissenting voice piped up: that of the ‘Beast of Bolsover’ Dennis Skinner (pictured), who had previously been silent.

The veteran MP insisted he disagreed with the policy and wanted a vote. The committe chair, offering the kind of look that suggested he was losing his place at the front of the canteen queue, duly agreed.

While civil servants advised how to deal with this unforeseen attempt at democracy, laughter was heard from the government benches – Obiter assumes no one present intends to divorce any time soon.

When it came to the vote, Skinner was the sole opponent to the amendment. A defeat, perhaps, but a gallant one – and at least it stopped everybody rushing off to lunch.