Mum's the word for lord chancellor's place on the ladder

With an average shelf-life of around 18 months since 2013, much attention has been paid recently to the prominence of the role of lord chancellor. 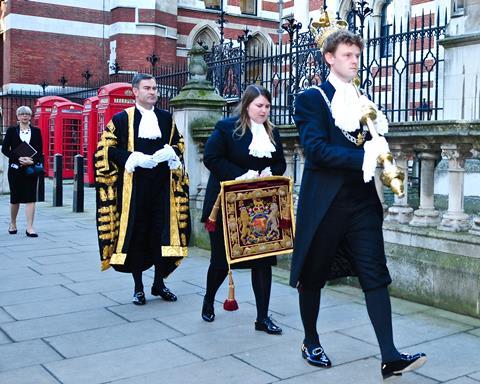 David Gauke MP arrives to be sworn in as lord chancellor

Once considered one of the great offices of state, the recent merry-go-round has seen incumbents come in and out with the regularity of an England batting line-up.

The situation is such that justice committee chair Bob Neill pondered last week why this position is now ‘passed along the career chain’, while his committee colleague Alex Chalk suggested it was little more than a stepping stone to greater things.

Current title holder David Gauke was tasked with the challenge of insisting that the prime minister still regards it as a sacred role. With tongue in cheek, he pointed out he had already lasted seven weeks so must be doing something right.

And for evidence of the significance of the lord chancellor, look no further than Mrs Gauke senior. Her son told the committee: ‘The test my mother has on these things, as a member of the public, is "where do you sit on the cabinet photo"? [I am] on the front row, apparently.’

The reverence of this great institution lives on – at least with members of the lord chancellor’s family.