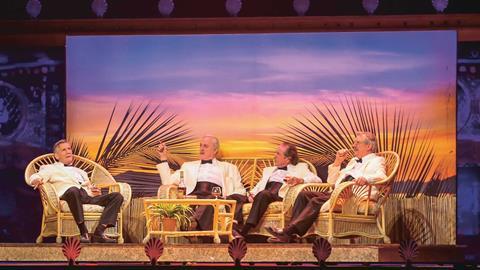 Bar Council chair Nick Lavender is keen to play up his proletarian credentials when dismissing ‘lazy stereotypes’ about the profession’s self-styled elite group.

After removing his flat cap and muzzling his whippet at last weekend’s Bar Conference, Lavender told delegates: ‘I myself come from a mining village near Barnsley, where most of my family worked down t’pit’ (presumably paying t’pit owner for t’privilege etc).

Aye lad, true. But Nick did go to one of Yorkshire’s best private schools, Queen Elizabeth Grammar, Wakefield – where he is remembered as the academic star of his year.

Oh, and the editor of the Gazette, whose grandfather knew Haigh to talk to and thought him a ‘nice fella’. It’s certainly grim up north.