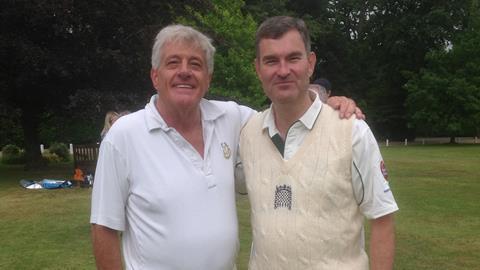 Nothing Gauke-ward about a legal match

Even lord chancellors deserve the odd day off, so we can imagine David Gauke might not have been thrilled to meet a lawyer during some recreational time at the weekend.

Fortunately, relations with Hertfordshire solicitor Kerry Underwood were entirely convivial as the two faced off for a game of 20/20 cricket.

Gauke led a select XI against his neighbouring MP and fellow Conservative Mike Penning in what has become an annual tradition.

Obiter is informed that the justice secretary is a left-arm bowler who even weighed in with a wicket. He was not required to bat as his team easily chased down Penning’s 70 all out.

Underwood tells us: ‘At one point David, running backwards, just failed to catch me in the covers. I said that I would not have lived down “Underwood caught Gauke” on the scorecard and we agreed that it was in the best interests of the legal system that he had missed catching me.’

Underwood tweeted in advance about the game, prompting one online follower to suggest: 'Take his helmet, his pads, his box, his gloves and his bat and tell him it’s a simple, low level game of cricket that is straight forward enough to play without supporting equipment.’ Obiter has no idea what that is about.