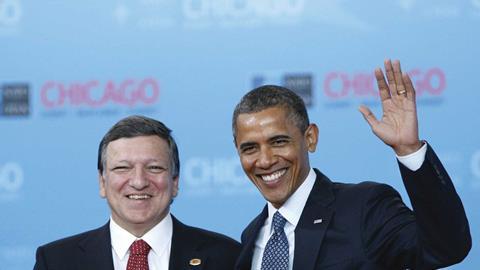 Obama for Washington? Maybe not this time

Six thousand lawyers have a lot of pulling power, so the opening session of the International Bar Association conference normally attracts an A-list speaker.

Last year it was Japanese Prime Minister Shinzo Abe, accompanied on stage by the Emperor and Empress. It was impractical to roll out an emperor for this year’s event in Vienna (the last heir to the Hapsburg throne died in 2011 at the age of 98), but the organisers secured the next best thing with a former head of the European Commission, Jose Manuel Barroso.

As next year’s event is in Washington DC, the obvious candidate would seem to be the soon-to-retire Barack Obama. There’s one snag: while Obama would no doubt get globetrotting bums on seats, the IBA is nervous about endorsing a Democrat at that stage in the presidential race. In some US circles, the IBA is already seen as riddled with pinkoes.

So the hunt is on for a politically acceptable alternative. Obiter’s money is on an IT magnate, perhaps Microsoft’s Bill Gates or Google’s Sergey Brin – though it’s possible that neither feels much love for a profession which their companies have generated so much work for.