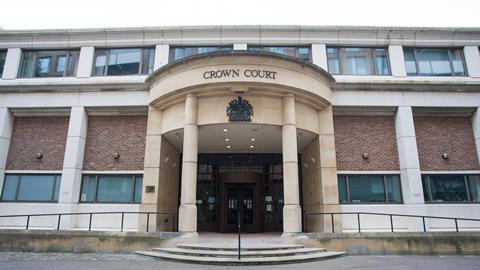 Opening pop-up courts in the shadow of a closed one

Obiter welcomes any attempt to tackle the backlog of outstanding court cases, but perhaps the Ministry of Justice might want to rein in the self-congratulation a little.

The department last week proudly announced the opening of a fifth Nightingale court at a conference centre in Monument, in the heart of London’s Square Mile. Its two courtrooms will hear non-custodial jury cases for crimes such as theft and low-level drug possession.

The latest addition is the fifth temporary court facility to open in London since the start of the pandemic, as new justice secretary Dominic Raab pledged that the government will continue to ‘pull on every lever’ to ensure the criminal justice system recovers.

Of course, what might have helped during the crisis of the last 18 months might have been an actual court – say, just three Tube stops from Monument. Unfortunately, Blackfriars Crown Court was shut down and flogged off two years ago by the MoJ, despite lawyers warning them that it was one of the only functional, purpose-built sites in London.

The closed court is no longer a centre for justice but was hired out as a film set for a Netflix series before construction work began in April.

The lawyers will continue to do their best at pop-up courts in conference halls. But you wouldn’t blame them for feeling a little aggrieved as they travel to these temporary site past courts which were working perfectly well before.