Perjury was only the beginning…

When Arthur Castro aka Orton was sentenced to 14 years for perjury in the Tichborne claim, it wasn’t the end of the case. 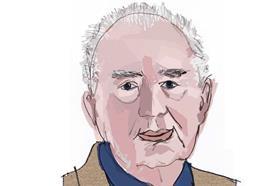 His barrister, Edward Kenealy QC, was disbarred over his conduct, which included prolonging the case, insulting the judges and abusing the Roman Catholic Church.

On his release after 11 years, Orton, helped by his actress daughter Theresa, toured music halls with decreasing success. Finally he opened a tobacconist in Kilburn, London. In 1895, he published his ‘confessions’ in The People, but died destitute on 1 April 1898 aged 64. He was buried in Paddington cemetery, his coffin inscribed ‘Sir Roger Charles Doughty Tichborne’. In 1925 his widow died in a Southampton workhouse, where she was known as ‘Lady Tichborne’.

Theresa would never accept she was not a baronet’s daughter, so over the next 25 years she harassed the Tichborne family and their solicitors, demanding money and threatening to expose them. Generally, they did not take any action but, after Theresa had threatened to shoot Denise Greville at the Brompton Oratory on the day of Greville’s marriage to Sir Joseph Tichborne, they brought proceedings.

Promising never to make a nuisance of herself again she received six months in the Second Division. She soon broke her promise, but it wasn’t until October 1923 that the family brought another case. This time, swearing she would not trouble the Tichbornes again, Theresa received 12 months. The year was barely up before she was back in court, ordered to find sureties for her good behaviour. When she failed, she went back to prison. She died in 1939.

Curiously, two days before Orton’s death, papers relating to the case, including posters advertising his lecture tours, were sold at auction for £7.17.6d. Tomorrow, Forum Auctions, a London auction house, is selling a letter from Orton to Kenealy, praising him for the way he handled two of the witnesses, together with other ephemera. This time, the auction guide price is £600‑£800.