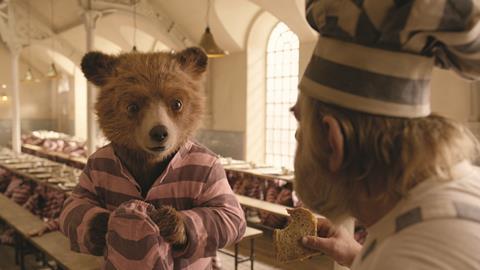 A mystery is solved. A year ago we reported that the makers of the next Paddington Bear film were seeking a copy of the Gazette as ‘set dressing’. At the time, we speculated that our ursine friend might find himself needing legal advice on matters of immigration and asylum.

We weren’t far out (spoiler alert!). Obiter’s spy tells us that the newly released Paddington 2 does indeed involve a brush with the law. To be precise, section 1 of the Theft Act 1968, in that Paddington Pastuzo Bear, of 32 Windsor Gardens W11, did knowingly steal one pop-up book from Mr Gruber’s antique shop with the intention to permanently deprive.

Of course it’s all a frame-up and we’re confident it turns out all right in the end. But in the meantime poor Paddington does time in a rather unlikely prison uniform after being sentenced by Tom Conti playing an inevitably gavel-wielding judge. Obiter might have pointed out the error had the Gazette been retained as legal consultant.

Of course no such mistake appears in the other legal bear event of the week, publication of The Supreme Court: A Guide for Bears by Isobel Williams (£6.95 from the court and good bookshops). ‘There is no gavel in the British justice system,’ readers are told. And apparently: ‘Bears are under-represented among the senior judiciary. But we believe we can sort that out for ourselves.’ Anyone need a screenplay for Paddington 3?