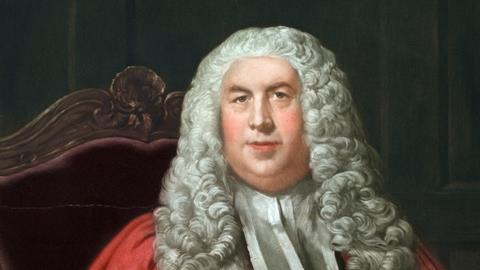 Strange case of the disappearing Blackstone

Just last week, our learned lord chancellor Robert Buckland QC MP was enthusing about ‘Blackstone’ courts, to be named after the great jurist Sir William Blackstone, whose Commentaries on the Laws of England helped make the common law what it is today.

Yet when the emergency courts announcement was dropped to the newspapers over the weekend, they had become ‘Nightingale’ courts.

A feeble attempt to bask in the reflected glory of the National Health Service? Perhaps: but Obiter hears of another reason why the Blackstone name was dropped.

In the current cultural climate, 18th century Tory heroes are regarded with suspicion by MoJ civil servants. Sure enough, a trawl through the literature turned up a potential skeleton in the closet, in Blackstone’s opinion on the legality of slavery. Certainly, Blackstone asserted that 'Pure and proper slavery does not, nay cannot, subsist in England [whose law] abhors, and will not endure the existence of, slavery within this nation'. However this verdict was tempered with a qualification: that a relationship of servitude obtained 'by contract or the like' is legally valid.

Critics have cited 'by contract or the like' as evidence that Blackstone had been nobbled by the slavery lobby. Unfair, says legal historian Sir Harry Potter, who points out in his Law, Liberty and the Constitution (2015) that Blackstone was expressing the state of the law as it was when the landmark case of the recaptured slave Somerset was still sub judice. But on 22 June 1772 Lord Mansfield famously ruled that the state of slavery is 'so odious that nothing can be suffered to support it but positive law'. With no such law on the books in England and Wales, Somerset was to be set free.

Personally, Obiter would like to see the emergency courts named after the great Lord Mansfield. But perhaps it is best to let sleeping lord chancellors lie.