Buckland: 'a lot of support' for extended court hours

The lord chancellor says there is a lot of support for extended hours in the courts - as a survey of hundreds of magistrates suggests the majority would be willing to sit longer days and weekends.

Extended court hours will be introduced this month as part of a series of measures to clear the backlog of cases in the magistrates’ and Crown courts.

Robert Buckland appeared on BBC Radio 4's Today programme, where he discussed how extended hours and the 10 emergency 'Blackstone courts' would help clear the backlog. 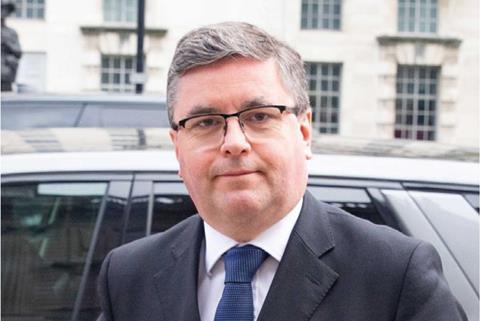 Buckland: professions as well as judiciary back measures to tackle court backlog

He said: ‘I want to get all of this effort and energy really channelled to making sure that [serious cases] can be dealt with as soon as possible. There is a lot of support for this from not just the judiciary but the professions as well, and indeed everybody with a deep interest in the criminal justice system.’

The Magistrates’ Association surveyed members on backlog measures, including extended hours. A total of 1,740 magistrates responded - not all replied to every question and the responses assumed the measures were emergency measures, not permanent changes.

The findings showed that:

John Bache, national chair of the Magistrates' Association, said: ‘With more than half a million cases now waiting to be heard in magistrates’ courts, urgent action is clearly needed to tackle the backlog. Every option should be on the table and the use of alternative venues, the reopening of recently closed court buildings, longer court days and holding more courts on weekends are all worthy of consideration, if properly resourced.

‘Magistrates are keen to pull their weight in helping deal with the backlog and our recent survey shows that the majority of magistrates would be willing to sit for longer days and on Saturdays if that’s what is needed to clear the backlog. However, this will only be possible if the legal profession, court staff and other services are also willing to cover these additional sittings, so before any proposals for extended hours can go ahead all these parties need to be in agreement on the right way forward.’