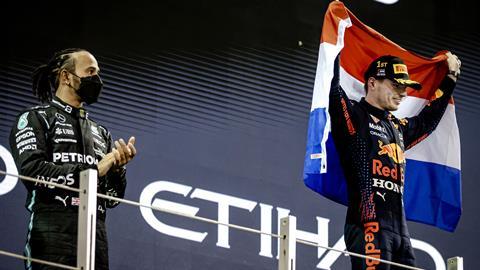 The must-have accessory for a Formula 1 champ? A lawyer

You may have heard that this season's Formula 1 championship reached its dramatic conclusion yesterday as Red Bull’s Max Verstappen overtook the Mercedes of Lewis Hamilton on the very final lap.

We’re not saying Mercedes was expecting the finale to be controversial, but when you bring a lawyer with you to the track in advance, it’s not a sign that the race is likely to go off without a hitch.

It emerged pretty quickly after Verstappen’s win that Mercedes had barrister Paul Harris QC with the team in Abu Dhabi for the grand prix, and indeed used his services after the chequered flag to protest against the result.

This prompted plenty of discussion about whether Mercedes was gearing up ('that’s your one' – Ed) for a legal battle rather than a race.

At the time of writing, the Mercedes challenge appears to have failed, with Formula 1 officials rejecting two protests against the result (a further appeal is mooted). Perhaps next year we should ditch the cars altogether and just let the lawyers thrash out the result in the stewards’ room, with the winner cracking open the traditional magnum of sparkling wine.