Three’s a crowd on the circuit

When I retired from practice, I thought I might make a stab at lecturing. All those cruises with blue-rinsed ladies grabbing my every word; cocktails with the captain; sunsets over Samoa. Wrong. I was on the F or even G circuit. 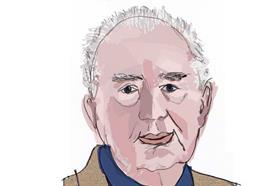 The highlight was probably a few years ago when I was invited to a conference on World Affairs in Colorado. One afternoon, I was paired with a Boston lawyer, slated to speak about differences between English and American criminal practice. Two hours. It was a disaster. The only people who turned up were members of his family and they left after 20 minutes. We soldiered on telling war stories to each other but no one else appeared and after an hour we packed it in and went in search of tea.

I was once invited to speak at a Festival in North Wales ‘From Law to Literature’. It suited me because there was a one-time wrestler who lived nearby and we were dickering over writing his memoirs. The week before the event, I rang the organiser to ask how ticket sales were going. She was, I thought, evasive. I said not to worry if they wanted to cancel me. No, it would be fine. In mitigation, it was a cold wet Monday night. No tickets had been sold. The wrestler turned up bringing a friend. A woman and her daughter came in off the street. Otherwise it was rows of empty chairs. The organiser seemed quite pleased. ‘Only 18 came to the opening night,’ she said proudly.

Recently, I have given talks, mostly on the Krays, at old folks’ homes and to related groups. I can’t say these have been an unmitigated success. Many have been asleep before I started and sometimes I reckoned that if any six were awake at any one time it was a small triumph.

The last humiliation came when I was speaking down the East End. I thought it would be interesting if I took along one of the few surviving members of ‘The Firm’. After we gave our talk, we sat and had tea with the members. One woman said ‘You’ve a lovely voice. Were you a policeman?’ Another, who I thought must have slept away the whole afternoon, compounded this by asking ‘Was you in prison with him then?’