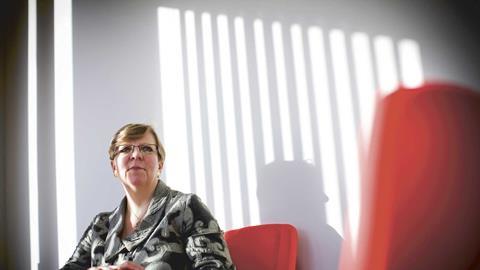 The new head of the CPS has her work cut out, balancing the pressure of high expectations with heavy cuts and dissatisfied staff, writes Jonathan Rayner

Alison Saunders, the next director of public prosecutions (DPP), inherits a Crown Prosecution Service (CPS) whose lawyers have scant faith in its management and who feel that their work is under-valued, according to the latest Civil Service People Survey that was published in February.

Face to face, some CPS prosecutors are equally blunt. One senior member of the London team, who asked not to be named, told the Gazette that the management culture was centred on ‘fear, blame and bullying’. She said that as London’s chief crown prosecutor, Saunders must bear much of the responsibility for the development of such a culture: ‘If she can’t sort out London, why put her in charge of the entire CPS?’ It is not just members of staff who are unhappy. The CPS, still reeling from 27.5% budget cuts and a 7.5% reduction in lawyer numbers, stands accused by defence lawyers and the police of incompetence and delays in dealing with cases. All of which suggests that Saunders will face an uphill struggle to solve the ills of what is apparently a dysfunctional organisation.

So what, objectively, do we know about Saunders? She is a career prosecutor who joined the CPS upon its formation in 1986 and is the first internal candidate – and only the second woman since Dame Barbara Mills in the 1990s – to be appointed to the top job. She spent the early years of her career with the CPS prosecuting in south London before moving on to work on policy around child victims and witnesses. In 2001, she became chief crown prosecutor for Sussex and, among many hundreds of other cases, oversaw the prosecution of Roy Whiting for the abduction and murder of eight-year-old Sarah Payne. After a brief spell as deputy legal adviser to the attorney general, she returned to the CPS to set up its organised crime division, which deals with cross-border and domestic cases of human trafficking, drugs, counterfeiting, money laundering and other serious offences.

In 2009, she became chief crown prosecutor for London, where more than a quarter of all crimes nationally are committed. Since then, she has overseen the successful prosecution and jailing of two of the men who killed black teenager Stephen Lawrence in 1993. More controversially, she also oversaw the prosecution of thousands of people involved in the August 2011 riots in London, when heavy sentences were handed down for sometimes trivial offences.

The present incumbent, Keir Starmer, who is standing down at the end of October on the completion of his five-year term, is a hard act to follow. He has won praise for improving the CPS’s success rate in prosecuting rape and domestic violence cases, and has been an unswerving defender of the Human Rights Act. He is also credited with making the criminal justice system more focused on the needs of victims. Starmer was described by attorney general Dominic Grieve as ‘not just a formidable lawyer’, but one who ‘brought sound instinct and humanity to his role’. Grieve added that Starmer ‘can be proud of the reforms that he and his staff have led to keep our criminal justice system one of the best in the world’.

A hard act to follow, but the great and the good, including Grieve, were quick to rally behind Saunders when her appointment was announced . Grieve said: ‘Alison will make an excellent DPP and is the right person to help the CPS meet the challenges it will face in the coming years. I am particularly pleased that Alison is the first head of the CPS to be appointed from within its ranks as proof of the high quality of the professionals that work within the service.’

Criminal defence solicitors have been largely supportive, too. Anthony Edwards, senior partner at London firm TV Edwards, told the Gazette : ‘She has been a very safe pair of hands in dealing with major casework in London, particularly during the riots of 2011 [for which work she was made a Companion of the Order of Bath].

‘She has enormous experience and has demonstrated sound judgment. She also has casework and policy experience and understands the current issues facing the CPS. Prime among these is the effects of government budget cuts. In London this has meant serious failings in the handling of volume casework, with essential disclosure being a particular problem.’ Edwards adds that when she takes up her new role on 1 November, Saunders will be able to make government aware, ‘from first-hand experience’, of the problems that exist and identify ways forward – which is ‘almost inevitably reducing the volume of low-level divisional crime passing through the courts’.

Another criminal lawyer, solicitor-advocate Malcolm Fowler of West Midlands firm Dennings, says Saunders ‘breaks the mould’ in that she is not a human rights barrister direct from chambers: ‘But neither is she the "grizzled" prosecutor that some Tory MPs wanted as DPP to lock up criminals with little regard for their human rights. If some political elements think she will deliver human rights minus, they are going to be disappointed.’

A third criminal law practitioner, Stephen Parkinson, head of criminal law at London firm Kingsley Napley, says Saunders’ appointment was ‘tremendous news’. He adds: ‘She is a first-class lawyer with great experience and a thorough understanding of the way the CPS works. This appointment is not only good for Alison, but good for the CPS, too. It demonstrates you can join the CPS as a newly qualified solicitor and eventually become DPP. I wish her every success.’

UNIVERSITY graduated in law from Leeds University in 1982

JOBS called to the bar in 1983; pupil at 1 Garden Court; legal adviser at Lloyd’s of London; joined the CPS in 1986; will become DPP on 1 November

But before we get carried away with unqualified praise of Saunders, there are still some dissenting voices. A second senior CPS prosecutor, who also requested anonymity, told the Gazette he has mixed views on Saunders’ appointment. ‘On the one hand, the attorney general has appointed an in-house career prosecutor rather than leading counsel from within the chambers system and the independent bar, which is a welcome break with the past. On the other hand, management is a big issue within the CPS and Alison is not popular among rank and file prosecutors.

She is seen as careerist and uninspiring. Her appeal for the "Dunkirk spirit" in the face of cutbacks was thought of as an inappropriate analogy.’ He adds that the CPS is a sizeable organisation with some 7,000 lawyers, so Saunders’ management experience is ‘a plus’. However, like Starmer and all the other DPPs, she is a barrister and, although the single largest employer of solicitors, the CPS has still to see a solicitor DPP, he notes.

‘I suspect that the attorney general was impressed by how CPS London stepped up to the plate during the 2011 London riots, for which Alison as chief crown prosecutor can claim much of the credit,’ he says. ‘Nonetheless, CPS London is seen as under-performing, and morale among solicitor prosecutors is low and made worse by budget cuts.’

The two senior CPS prosecutors who spoke to the Gazette are not isolated cases of malcontents, if the findings of the Civil Service People Survey are to be believed. This is an annual survey, carried out by the Cabinet Office, of all civil service departments. It puts around 100 questions to civil servants and collates the results to provide a ‘benchmark’ that is the average score across all departments. It also provides scores for individual departments that can be compared against the benchmark.

This pattern was repeated across learning and development opportunities, inclusion and fair treatment, leadership and managing change, and employee engagement. In fact, it was repeated across all areas apart from discrimination and bullying and harassment, for both of which categories of question the CPS recorded higher figures – 14% and 12% respectively – than either the benchmark or the MoJ, which showed just 10%. This, of course, is not a distinction of which to be proud. It certainly seems that Saunders has a hill to climb if she is to turn the CPS around and make its service unite behind its mission to prosecute crime effectively. What are her most urgent in-tray challenges? Commentators are agreed that first and foremost she needs to get her staff onside and motivated to deliver improvements in back-office efficiency and the prosecution of volume crime, as opposed to high-profile, more serious crimes.

They call on her to bring the same high standards that the CPS achieves on these latter crimes to the great mass of smaller crimes that are heard in the Crown and magistrates’ courts. She also needs to rebuild morale after allegations of incompetence and inexperience have been directed at in-house CPS advocates who were introduced to save money spent on external counsel. The latter need more training and encouragement to continue taking cases to the Crown court, which will have the knock-on effect of helping recruitment and raising the status of CPS prosecutors. And finally, she will need the managerial strength to run a service that is under constant scrutiny and that must continually meet higher standards with less money.

Certainly, Saunders herself is bullish about her new role. When her appointment was made public, she was widely reported as saying: ‘I am delighted and privileged to be appointed as the next DPP. To lead an organisation of committed and professional staff is an honour.’

Jonathan Rayner is a reporter on the Gazette