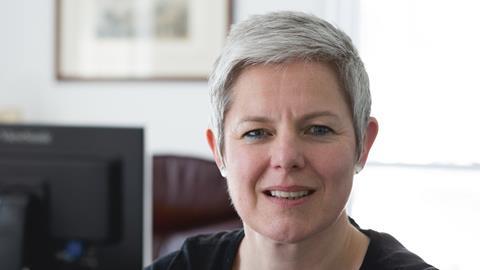 The Law Society’s new chief executive wants to hear from solicitors about how the organisation can best serve members and stay relevant in a rapidly changing legal sector. Paul Rogerson spoke to her.

In the 1960s a former US secretary of state jibed that Great Britain had lost an empire and not yet found a role. In the aftermath of the Legal Services Act 2007, which saw regulation hived off into a Midlands-based arm of the approved regulator (which remains the Law Society), the same barb was directed at Chancery Lane.

What was there for a discrete representative body to do but act as an advocate for its members’ material interests – just like a trade union?

That question betrayed a misleading interpretation of the legislation. As well as supporting members in all manner of ways and forums – from overseas trade delegations, to parliamentary committees and even in the courts – the Society performs a critical role in helping to sustain England and Wales as a centre of legal excellence and international jurisdiction of choice.

That remit is partially embodied in section 51 of the act, which defines how the Society can deploy practising fees, incorporating such ‘permitted purposes’ as raising professional standards, and participating in the law reform and legislative process.

‘We are not a trade union,’ she tells the Gazette. ‘But I don’t see that acting as a guardian of the rule of law in any way undermines the profession or conflicts with members’ interests or the interests of the general public. In fact those interests are totally aligned.’

She adds: ‘Ethics, human rights, access to justice – these are the things that bind the profession together. Related to that is our role in representing our members’ interests to government. And we have done that conspicuously – even to the point of issuing legal proceedings.’

How the profession is both represented and governed remains a live issue nevertheless. The outgoing coalition kicked further reform into the long grass, but policymakers have not lost interest.

What if membership of the Law Society eventually becomes voluntary?

‘We need to make sure we provide value for money for our members,’ stresses Dixon. ‘That is the case irrespective of how we are funded. I am keen to ensure that where it can, the Society develops income streams that support the funding of the organisation.

‘But I also recognise that much of the work we do comprises “permitted” activities as reflected in the settlement and, as such, is supportive of the profession. If we weren’t doing this work, somebody else would have to.

‘It’s about getting the balance right. And from the feedback we get, these services are of value to our members.’

Striking that balance sounds simpler than it is. Take voluntary accreditation. Many members covet their membership of the conveyancing quality and wills accreditation schemes, for example. But some grumble that being ‘a solicitor’ ought to be enough to differentiate them from less esteemed – and comparatively under-regulated – rivals.

Dixon observes: ‘If you talk to solicitors about what being a solicitor means, they are very proud of the title and work very hard to get it. It binds us together.

‘The Society has a role in supporting that brand to ensure the public and our clients understand the value of engaging a solicitor over and above someone who does not have that qualification.’

In addition to quality marks, another aspect of that role is legal education – and not just for solicitors. Some complain the proliferation of paralegals and the  evolution of ‘equivalent means’ qualification are further evidence of deskilling. Again, however, the issue is multifaceted.

‘We have a role in supporting our members with legal education for their own staff – and some of those staff may be paralegals,’ says Dixon. ‘We need to support the solicitor profession to differentiate itself by setting high standards for professional practice, supporting solicitors in achieving these standards and promoting the solicitor brand so that clients make an informed choice to use solicitors as their trusted advisers.’

The Law Society was, of course, once the proud owner of the College of Law. With the education and training market in flux, Dixon is keen to explore the possibility of Chancery Lane becoming a more active participant.

She explains: ‘We already have considerable expertise in that area, particularly around professional development. What will be interesting will be to see how that develops once compulsory CPD points are removed [in November 2016]. Solicitors will still have to certify that they are competent and have done the training to support their role. We have a role in supporting solicitors to achieve this.’

A related issue is mobility and diversity – ‘ensuring the best of the best have the opportunity to enter the profession, regardless of social background, ethnicity and identity’, says Dixon. ‘There may be a linked educational role there.’

Walking into 113 Chancery Lane, Dixon was impressed by the enduring might of the organisation’s brand and encountering so many ‘incredibly knowledgeable’ and dedicated staff. She also pays tribute to council members and other volunteers who provide a ‘huge contribution’ to the profession without payment.

But she adds: ‘What struck me was that the organisation has not really established its vision for the future in a legal market that is going through a period of considerable change. To ensure we put the membership at the heart of what we do – and of course I am part of that membership – it is key that we engage with members to ensure the organisation remains relevant and is serving solicitors well.’

To that end, Dixon recently launched the Law Society 2020 discussion (see box), which gives current and future members the opportunity to inform the Society of how it can best represent, support and promote their practice and the profession.

‘We have a hugely diverse membership. Depending on where and how you work, you will have different challenges – and opportunities,’ says Dixon. ‘And in personal terms it depends on where you are in your career, too.

‘One size does not fit all, so one of the challenges we have is offering the right support and services solicitors want. I am talking to members across the board about their interaction with the Law Society and giving their view.

‘What’s interesting is that there is not always an understanding of the services that the Society does provide. One of the things I’ve learnt is how much it does that you would not necessarily know about – and I have been a solicitor for 20-odd years.’

One example perhaps is the largely unsung work the Society’s City and international team undertakes to open up overseas markets to UK firms – contributing to a net export surplus in legal services that has doubled in just a few years – and the work the Society does to support human rights.

‘There is, therefore, also a communications and engagement element to this exercise,’ she adds. ‘As a general rule, people who interact with the Society and understand what we do have a really positive experience in terms of supporting them as individuals and their organisations. But we can always improve. Constant, meaningful engagement will enable us to stay relevant to the membership and provide relevant support, while promoting and protecting solicitors’ interests and the interests of the general public by working to ensure justice is available for all.’

Law Society 2020 will culminate in the launch of a new strategy in November this year. This is timely in an era of austerity that has ushered in swingeing cuts to spending on justice and threatens to usher in even more.

‘The Society also has a role to play in informing the general public about how these changes impact on all of us as citizens of this country,’ observes Dixon.

No one could reasonably dispute that – but as we celebrate the 800th anniversary of Magna Carta, does she fear that recent, highly controversial reforms to legal aid and access to justice are playing ‘fast and loose’ with the rule of law?

‘We are the jurisdiction of choice for many international organisations and countries,’ she reflects. ‘English law is the standard.

‘There is a risk to the international reputation of any country if you are seen to undermine the rule of law. Some of the changes we’ve seen could erode that confidence and have a knock-on effect that might not be felt immediately, but may manifest itself over a number of years.

‘We can talk about the decision to charge for criminal courts. One of the risks is that people will plead guilty when they are not, because they fear the fees. That itself has a knock-on effect on miscarriages of justice.

‘Other issues arise in terms of civil court fees, which have risen by 600% in some cases. It is now 40 times cheaper to issue similar proceedings in New York. The potential for eroding confidence in the English courts is obvious and that would be tragic.’

Dixon considers it ironic that the rule of law and access to justice have so little political and media traction in the nation which exported them. They will always lose out to causes such as the NHS and education, which are considered vote-wining issues: ‘If we were a developing country, we’d be talking about the rule of law and a working justice system before we even got on to talking about health and education.’

This is an acute observation: some radical economists even fear the gradual degradation of the public realm will eventually return the UK to developing-world economy status.

To conclude with (arguably) more prosaic matters, Chancery Lane’s occasionally troubled relationship with the SRA remains in members’ sights. Dixon’s predecessor Desmond Hudson lamented the absence of a harmonious relationship with the regulator, accusing the SRA of being ‘over-exercised’ in demonstrating its independence from its parent Society at the expense of its performance as an efficient regulator.

There is a perception that relations have thawed with a wholesale changing of the guard. Chancery Lane and the regulator have both acquired new chief executives in the last 18 months. And former SRA chair Charles Plant – who famously took a swipe at Society ‘flat-earthers’ at his own leaving party – has also gone.

Dixon says: ‘I can’t comment on relationships that I did not have. But we do have a role to play in understanding what good regulation looks like from the perspective of members and to engage with the SRA and other regulators accordingly.’

She adds: ‘You can challenge [the SRA] in that context yet still have a good working relationship with them. And I think we have that relationship. The last thing our members need is for the Society to spend its time falling out with the regulator when what they are looking for from us is to represent their interests.’