We return to Singapore as Tony Grundy, counsel, explores what it’s like to work there

Changes in clients’ preferences for governing law and jurisdiction 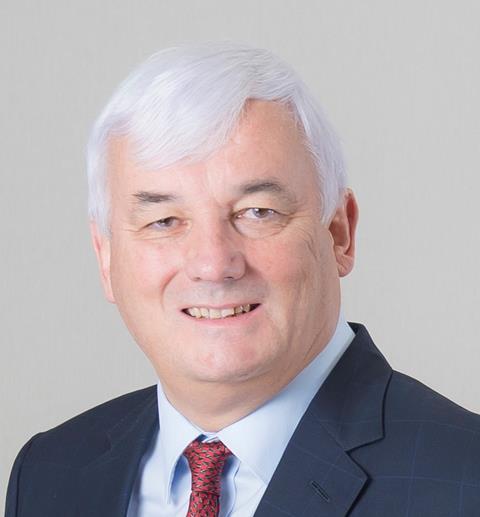 I took articles with Linklaters & Paines in London in 1978. Shortly after making partner in 1986, I moved to Tokyo to set up Linklaters’ office. Since then, my practice has been mainly in Singapore and Tokyo with a couple of firefighting stints in Hong Kong.

In Singapore I was with Linklaters in the late 1990s and returned in 2013 with the Japan-headquartered firm Mori Hamada & Matsumoto (MHM).

There are over 6,000 Singapore qualified lawyers in private practice and around 1,300 registered foreign lawyers in Singapore, of whom more than 500 have England and Wales as their primary qualification.

In addition, approximately 140 Singapore lawyers working in international firms are qualified as English solicitors. There are 19 UK-headquartered law firms that have registered practices in Singapore.

Why are there so many English lawyers on this small island?

Singapore is a regional legal hub for South East Asia and South Asia. It’s a great place to live (and work from).

The work that English solicitors do is mainly regional rather than in Singapore. During the 1990s, the work was quite limited – capital markets, banking and project finance work in countries such as Indonesia.

Now, there is a much broader range of work including mergers and acquisitions, joint ventures and dispute resolution throughout ASEAN and South Asia.

Significant intra ASEAN work did not exist in the 1990s but does now – for example, there has been investment by Thai financial institutions and corporates into Cambodia, Myanmar, Laos and Vietnam (CMLV).

It is quite difficult for clients to make an informed choice about governing law, particularly between legal systems which are all good. Choices tend to be made based on precedent and familiarity.

Usually, you need an external factor or event to overcome this inertia, such as when, in the 1980s, the US and Australia passed legislation recognising Taiwanese corporations, but the UK did not do so until some years later.

Traditionally, the choice of governing law for financing and cross-border work was between New York and English law with choice of jurisdiction following. In the 1990s, New York law was common in transactions involving jurisdictions with strong US influence such as Indonesia and the Philippines.

I was surprised to find that in 2013 English law was dominant and that several leading English lawyers were now partners in leading US law firms. Apparently, the change was due to the very wide acceptance of the Loan Market Association standard form documentation which all leading banks could agree to rather than having to negotiate their own standard forms with each syndicate member.

Possibly the result of policies to promote Singapore as a dispute resolution hub. Some Singapore lawyers have suggested that Brexit is the 'external factor' to displace English law in the region.

Singapore as a centre for international dispute resolution

Singapore has made considerable efforts to develop the country as a centre for international dispute resolution by arbitration, litigation and mediation.

The number of new cases handled by the Singapore International Arbitration Centre (SIAC) more than doubled to 1,080 in 2020 compared to the previous year. It was the first time SIAC’s caseload crossed the 1,000-case threshold.

SICC has a panel of international judges including several eminent former UK Supreme Court justices. Although litigation is generally reserved to Singapore qualified lawyers, foreign lawyers can appear before the court and a number of English solicitors and barristers are registered with the court.

Looking to the future

These policies to develop Singapore as a regional legal hub for dispute resolution have been highly effective. A challenge for law firms in advising clients going forward as Singapore law continues to gain traction for cross-border transactions, is that it will be necessary for firms to be able to advise both English and Singapore law.

At the outset of a transaction, particularly in financing matters, all the parties may not yet have been identified and the governing law will not have been decided. One possible outcome may be that there will be additional opportunities for English solicitors at Singapore law firms, as well as US-headquartered law firms.

We might also see more dual-qualified lawyers. Given their common legal heritage, there is a case for simplifying the process for Singapore and English solicitors to obtain a dual qualification.