A new approach to witness evidence 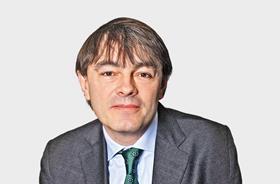 For centuries one of the cornerstones of our justice system has been the right to confront the other side’s witnesses at trial and challenge their evidence through cross-examination. Testing the evidence in this way is, like democracy, perhaps the worst method of arriving at the truth, except for all the others. Oral evidence is, however, time-consuming and expensive. Many are now beginning to question whether, in commercial disputes, its benefits are really proportionate to the time and cost incurred.

All too often witness statements, setting out the witness’s evidence-in-chief, are lengthy, chronological recitations of the available documents, mixed with submissions and argument, rather than (as they should be) concise statements of a witness’s oral evidence in their own words.

Cross-examination consumes the majority of trial preparation and hearing time, and can mean trials often last weeks or even months. Yet frequently it consists of a series of closed questions, allowing only for ‘yes’, ‘no’ or ‘don’t know’ answers, focused less on the truth of what took place, and more on undermining the credibility of the witnesses, and presenting the cross-examiner’s case through the documents. It may all make good theatre, with parties longing to see their opponents shown up to be confused or lying, but decision-makers are increasingly beginning to question its value in helping them arrive at the truth.

With the rise in electronic communications, evidence is now recorded in emails, texts and WhatsApp messages in a way that was not the case when our tradition of live evidence and cross-examination was first established. This means the need for oral testimony is now arguably more limited than it was before.

Judges are becoming increasingly critical of oral evidence and are finding ways to disregard it altogether so they can base their factual findings on the (often extensive) documentary evidence instead. Lord Justice Leggatt has made detailed observations, based on scientific research (no doubt with the benefit of having a wife who is a consultant neurologist), about why even the evidence of truthful witnesses is ‘fallible at best and unreliable at worst’, simply because of the way memory works. Contrary to common perception, memories are not, he said, fixed mental records of events which gradually fade over time. Instead they are distilled meanings or impressions derived from (frequently flawed) perceptions of those events, which are then subjected to powerful biases when reconstructed for the litigation process. 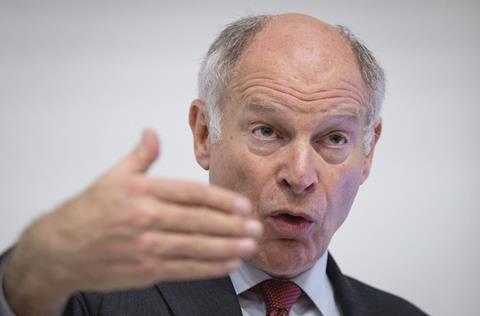 ’There is an argument for abandoning oral evidence’

His view was that ‘the best approach for a judge to adopt in the trial of a commercial case is to place little if any reliance on witnesses’ recollections of what was said in meetings and conversations and to base factual findings on inferences drawn from the documentary evidence and known or probable facts’. These observations have since been endorsed by other judges in numerous cases, as well as by expert and academic psychologists.

In May Lord Neuberger went as far as saying: ‘There is an argument for abandoning oral evidence, as they do in most civil systems in Europe.’

The Business and Property Courts has recently established the Witness Evidence Working Group, led by Mr Justice Popplewell, to review the current rules. A survey has been circulated to court users requiring responses by 23 November. Views have been sought on proposals to, among other things, abolish witness statements and return to oral examination-in-chief at trial, or abandon the process of witness evidence at trial altogether in favour of pre-trial US-style depositions. Could it be our venerable tradition of oral witness evidence is under threat?

It seems unlikely we would be prepared to abandon oral witness evidence at trial altogether. That could be a cultural step too far. The idea that judges benefit from seeing the witnesses in person to help bring their stories alive is something deeply embedded in our consciousness. There will always be cases where either there is no documentary record at all, or where the claim contradicts the documentary record, and the judge has no choice but to decide between directly conflicting oral evidence. Can the judge really expect to do so without seeing the witnesses in person? In such cases would the clients feel they had received a fair hearing without the opportunity to tell their stories in court?

The criticisms of the current system are not new. In 2013 the Jackson reforms, in response to similar concerns, gave the court power under Civil Procedure Rule 32 to ‘exclude evidence that would otherwise be admissible’, to limit ‘the length or format of witness statements’, and to ‘limit cross-examination’. But these powers are rarely (if ever) used.

In the Intellectual Property Enterprise Court the default position is that statements of case stand as evidence-in-chief at trial. At the case management conference, the court is required to consider the need for and scope of any oral testimony and cross-examination, and confine any permitted cross-examination to particular issues and to time limits.

The courts could adopt a similar approach in commercial cases by actively using existing powers to limit oral evidence, or prevent it altogether, except where absolutely necessary. It would be a less radical solution than some of the suggestions in the current survey. It would still however (like the forthcoming disclosure pilot) require a wholesale change in professional attitudes, and pro-active case management by judges.