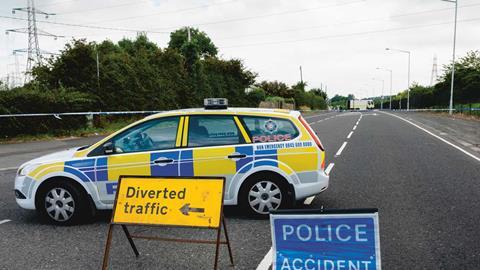 Tom Jones really put the cat among the pigeons with his article in the Gazette of 28 July. One could be forgiven for thinking that it was from a decade or three earlier.

What most readers would surely find astonishing is that Jones seems to hold himself out as a representative of the claimant lobby and champion of the downtrodden claimant, whose access to justice is being unfairly restricted because the government is listening to insurers and their ‘lies’ about the extent of the insurance fraud problem.

How many would support suggestions that ‘insurers work with others [presumably Keoghs, among them] to spread fear of fraud’, or that ‘while fraud would be important if it were a real and present problem, it is not’. The article leaves the reader in little doubt that if personal injury fraud actually exists, it is solely a matter for the insurance industry to manage and that fraudulent claims should just be turned down. And then maybe call the cops. So far, so simplistic.

This is the problem with the news article of 1 September. The reality is that very few police forces have the resources to tackle insurance fraud. This is why the City of London Police Insurance Fraud Enforcement Department is funded solely by the insurance industry. The idea that of eight freedom of information requests submitted, one reply from a predominantly rural constabulary can either constitute a ‘study’ or lay bare anything other than wilful blindness to the problem is laughable.

Nobody will hear about the kind of situation where an innocent policyholder faces completely bogus claims from people claiming to have suffered significant ‘whiplash’ injuries, where the policyholder is neither injured himself nor overjoyed at the prospect of having to give evidence at a civil trial. His insurers have to decide whether to back him, though it would be much cheaper to make nuisance offers and buy off the claims.

The uncomfortable truth is that the insurance industry, and those organisations which work closely with the industry, have invested enormous sums of money in anti-fraud technology, infrastructure, training and processes to combat fraud. They have not done this out of altruism, or because everybody loves a good IT project, but because fraud is a real, ever-present, and sometimes a large-scale and international problem, with sinister undertones of organised criminality.

The reality is that every claim is presented as genuine, and it is far from simple in many cases to identify fraud at the outset of the claims process. Insurers do a good job, but they have to balance the customer experience, their duty to policyholders and the government’s pressure to reduce the cost of car insurance to consumers with the requirement to tackle fraud.

So, to the Law Commission. It is surely odd that, having seen the commission drop the project on fraud, eyebrows were raised. Frankly, brows should have been furrowed. It represented an opportunity to codify the present fluid situation.

There is no doubt that Fairclough Homes Ltd v Summers [2012] UKSC 26 represents a new chapter, but it is not necessarily a significantly different chapter. Has this case made the law ‘indisputably clear’? If so, readers will be surprised that Tom Jones offers no definition of what ‘exceptional circumstances’ means.

Given the direction in which the common law is moving, the commission’s project represented a real opportunity to clarify and potentially codify the law.

The real reason for the decision by the commission not to proceed can, in fact, only be guessed at. But one could be forgiven for drawing a conclusion from the fact that on 18 June 2014 the Criminal Justice and Courts Bill (and for these purposes, particularly section 45) received its first reading in the House of Lords.

So, contrary to the inference that insurance fraud ‘does not meet the commission’s criteria as an area of the law suitable for investigation’, it would seem that the government thought that it ought not to wait for the commission to tell it what it already knew and decided to press on with reform.

There are many (and many legitimately held) views on the extent of the fraud problem, and how to tackle it, but Jones’ opinions lack balance. And whatever the findings of the commission might have been, it is now highly likely that codification and additional reform will further shape the law in this area. In the meantime, genuine claimants will continue to enjoy the new streamlined world of the post-LASPO reforms.

Damian Ward is a partner at Keoghs