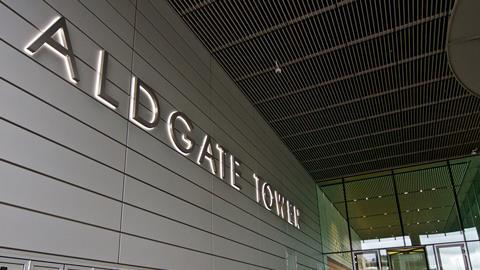 Extending the Unified Patent Court beyond the EU?

The European Patent Office has existed since 1977. Yet, at present, there is no such thing as a single european patent. European patent applications, once granted by this office, must be validated into a bundle of national rights, with each country individually taking over post-grant procedures such as enforcement via their individual national courts. 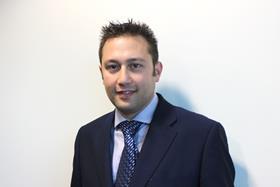 Having to maintain and enforce individual patents across different countries is a convoluted and expensive process, and liable to different outcomes in different jurisdictions. The Unified Patent Court (UPC) promises to change that. It provides a new streamlined system allowing for patent enforcement across 25 participating EU countries via a single court action.

However, before it can come into force, it must be signed off by all those participating EU countries. The UK is one of the last countries to pass its consent, and whilst it used to be a staunch proponent of the UPC, there is no doubt that the Brexit referendum has stayed its hand. Leaving the EU would mean no longer being party to the Unified Patent Court Agreement (UPCA) and its associated benefits.

The general election has stalled things even further, and perhaps this has prompted the timetable update from the UPC preparatory committee that included the somewhat forlorn statement that ’the previously announced target date for the entry into operation of the UPC, envisaged for December 2017, cannot be maintained’. No new target has been set at time of writing.

Nonetheless, in support of the new unitary patent, the British Chambers of Commerce (BCC) and their EU counterpart, Eurochambres, jointly issued an open letter to Greg Clark - the Secretary of State for Business, Energy and Industrial Strategy - encouraging the UK government to ’play a constructive and active role’ in the development of the unitary patent.

It is interesting that a UK and a european organisation together, are being so unequivocal in asking that every measure is taken ’to ensure that the Unitary Patent comes to fruition in the very near future’. Perhaps this is just an example of UK and European business counterparts presenting a united front, but the message from other stakeholders is subtly different.

For example, TechUK, which represents the interests of many technology companies in the UK, have prescribed that the UK ought to ratify the UPC Agreement - but ’subject to assurances that the UK will remain a member of the UPC once it is no longer an EU member state’.

The Chartered Institute of Patent Attorneys, who have put a lot of effort into assisting the government in creating this new patent system, are keen to ensure that the UK can remain an active participant in the UPC, even after Brexit. It was envisaged that part of the UPC’s central division was to open in Whitechapel, London, which could have brought a significant influx of patent court activity into the UK, and so benefitting the UK’s legal sector.

If the UK isn’t part of the EU, and so isn’t party to the UPCA, will this division of the Unitary Patent Court be relocated elsewhere?

As the UK currently stands as a gatekeeper as to whether the Unified Patent Court can be brought into operation, there is arguably a motivation for the UK to seek amendment of the UPC Agreement as part of ongoing Brexit negotiations to ensure it can continue to be an active participant in this system.

This could mean amending the UPCA to be able to include non-EU countries. This isn’t straightforward, and has caused disagreement during the formative years of the UPCA; many EU countries had issue with non-EU countries being part of the scheme due to incompatibilities in approach to law - and in particular non-acceptance of the supremacy of the ECJ.

However, as an relatively influential insider, the UK may be able to convince the other UPC participants that there is an acceptable amendment that would preserve the fundamental spirit of the UPCA, but yet allow a post-Brexit UK to participate. Extrapolating further perhaps this will also serve as a way to ensure the UPC can take effect in other countries that aren’t EU members?

If a Unified Patent Court outside the EU is possible, then perhaps the UK has the motivation, political will, and influence to make it a reality. With the recent outcome of the general election, it just doesn’t look like it is going to happen anytime soon.

Kaya Elkiner, UK and European patent attorney and head of patents at Ashfords