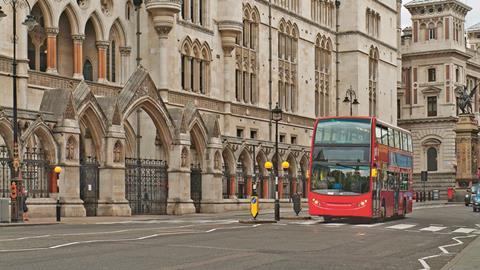 LiPs, privilege and a solicitor’s duty

A solicitor meeting a litigant in person should explain the concept of without prejudice privilege.

Following a hearing in December, the Court of Appeal is likely to give important guidance on the scope of without prejudice privilege and the duties of solicitors when negotiating with litigants in person.

The issue in the appeal is whether or not records of a meeting held between a defendant’s solicitor and a claimant litigant in person are subject to without prejudice privilege. The defendant relied on those records as containing critical admissions by the claimants which fatally undermined their case. The judge admitted them at trial and ruled in favour of the defendant. The claimants, represented by Richard Samuel of 3 Hare Court and Bo-Eun Jung of Three Raymond Buildings, are appealing that ruling on the basis that the records should be protected by without prejudice privilege.

It was noted during the hearing before lord justices Vos and Beatson that a similar set of facts does not appear to have come before the courts before. Yet in everyday legal practice up and down the country, they are far from unusual. As legal aid has been restricted, the small-claims limit extended and legal costs increased, parties are increasingly conducting litigation without solicitors. That poses challenges not only for the litigants themselves, but also for opposing solicitors, who have to balance acting in their own clients’ best interests with not taking advantage of the opposition’s lack of representation.

The case at hand, Suh & Suh v Mace (UK) Ltd, concerned the forfeiture of the lease of Mr and Mrs Suh’s sushi restaurant in New Malden, Surrey. Mr and Mrs Suh claimed that the lease had been wrongly forfeited by Mace, the landlord. Mace counterclaimed for rental arrears.

HHJ Baucher found against Mr and Mrs Suh at trial. Her judgment relied upon records of a meeting held between Mrs Suh, her pastor from her church, Mace’s solicitor and the solicitor’s colleague. Mrs Suh, who like Mr Suh was a litigant in person, had been encouraged to attend this meeting by members of her church, who had informed Mrs Suh that she was likely to lose her case.

The solicitor’s evidence was that she was asked to attend the meeting by Mrs Suh, who wanted an update on the case. Shortly after it began, Mrs Suh made important admissions, including that she had not signed her witness statement and that there had been rental arrears. Following the meeting, the solicitor wrote to Mrs Suh suggesting that Mace would support an application by Mrs Suh to be removed from the proceedings with no order as to costs, if that application was supported by the evidence disclosed at the meeting.

Mrs Suh subsequently served a witness statement denying she had made the admissions and explaining that, having limited English, she had not understood much of what was said. She said she had only attended the meeting on the suggestion of members of her church, to receive ‘information’ about and ‘help’ with her case. Mrs Suh had understood the meeting would be ‘private and confidential’.

There is a good deal of case law setting out the principles underlying without prejudice privilege, including the public policy of encouraging parties to settle legal disputes by conducting negotiations and making admissions freely and in confidence. However, the cases tend to focus on negotiations between legally represented parties, and the facts before the Court of Appeal are novel.

The appeal court will need to assess whether or not the objective purpose of the meeting was a genuine settlement negotiation. Given that assessment must take place in circumstances in which Mrs Suh had limited English, limited involvement in these proceedings or civil litigation generally, and no legal representation, it is not necessarily an easy task.

However, in cases such as this the public policy underlying legal professional privilege ought to weigh in favour of a broader, rather than a narrower, application. In my experience, both as a commercial litigator and for many years as an honorary legal adviser at Citizens Advice, litigants in person tend to broach negotiations in an indirect way, and an approach such as that of Mrs Suh is consistent with this. Indeed, given the solicitor was acting against her, it is arguable that the only ‘help’ that the solicitor could give and the only confidential discussion that could sensibly take place would be in respect of a negotiated settlement. Applying the protection afforded by without prejudice privilege generously is one way in which the courts can assist litigants in person and promote the amicable settlement of disputes.

Judgment is reserved and it remains to be seen how the appeal court applies the principles to these particular facts. However, lessons for solicitors dealing with litigants in person can, arguably, already be drawn. First, as Lord Justice Vos observed during the hearing, two solicitors holding a meeting in the course of litigation will usually agree whether it is being held openly or without prejudice. Mace’s solicitor did not clarify this with Mrs Suh. Had she done so, it is likely that the confusion giving rise to the appeal would have been avoided. In my view, it is best practice for a solicitor meeting with a litigant in person to explain the concept of without prejudice privilege and confirm the meeting’s basis.

Second, while in this case Mrs Suh had no solicitor she did have a direct access barrister, and this was known to Mace’s solicitor. Outcome 11.1 of the SRA Code of Conduct requires a solicitor not to take advantage of third parties. Indicative Behaviour 11.4 extends that to ensuring that a solicitor does not communicate with another party when aware that the other party has retained a ‘lawyer’ in a matter, except in certain limited circumstances.

The definition of ‘lawyer’ in the Code of Conduct covers barristers. It is not clear whether instruction of a direct access barrister amounts to a retainer for the purposes of IB 11.4. However, in my view, where a solicitor knows a litigant in person has instructed a barrister, it is best practice for the solicitor to ensure the barrister knows about any meeting with the litigant, to avoid the risk that the code is breached.